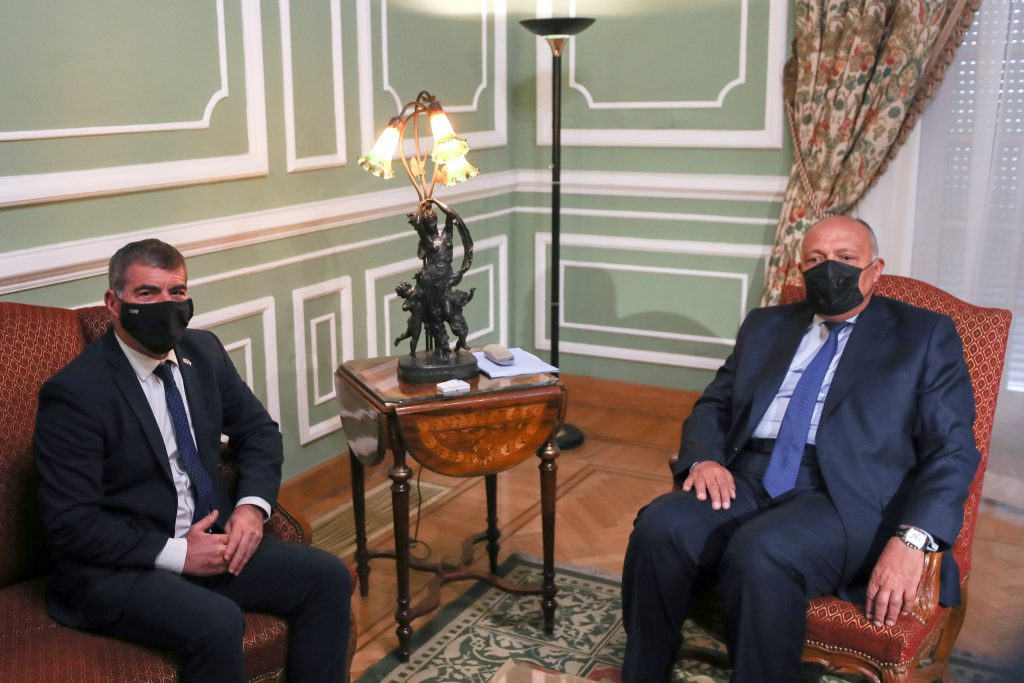 “There is a main goal to these talks, which is the expansion of Egyptian-Israeli relations within the framework of the Eastern Mediterranean Gas Forum and the economic issues related to it,” said the source, adding that more Arab countries would join the forum soon.

The source added it’s possible that Egyptian Foreign Minister Sameh Shoukry might visit Israel soon, especially in light of the fact that Egypt is working hard to host various events on the Israeli-Arab peace process.

They also discussed the release of Israeli soldiers and citizens being held by Hamas, according to Ashkenazi.

“We all need to act to prevent strengthening extremist elements that threaten regional stability, and to ensure the return home of the missing persons and prisoners held by Hamas,” Ashkenazi said in tweets after the meeting.

He also criticized the Palestinian Authority over its moves at the International Criminal Court and the U.N. Human Rights Council, saying such activity damages the chances of future cooperation.