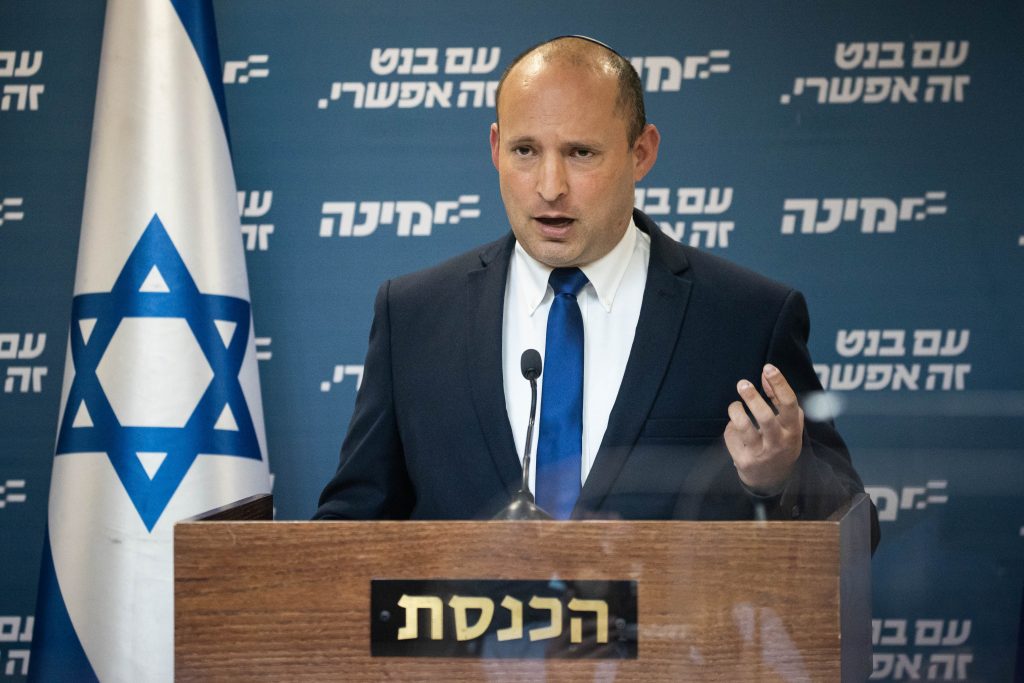 MKs from the Yamina Party met in Ra’anana on Sunday afternoon to discuss party chairman Naftali Bennett’s plans to form a new government.

In a statement released by the party Sunday afternoon, Yamina announced that the entire party’s Knesset delegation who attended the meeting backed Bennett in his bid to form a unity government to avoid new elections.

“Bennett updated the MKs regarding the events of the last few days and his efforts to form a stable, functioning government in Israel,” the announcement read.

“The faction unanimously backed Bennett and his efforts to form a government and avoid a fifth round of elections.”

One Yamina MK, Amichai Shikli, was absent from the meeting, however, over his staunch opposition to a so-called unity government with the Left.

“We can either form a government or go to new elections, which would destroy the Right,” said Bennett. “There would be no breakthrough in new elections.

“How many times do we have to abuse the country to understand that there is no right-wing government? Leadership means taking responsibility and not running away from it. We have red lines, and we will stand by them.”

Bennett claimed that in his new government, to be joined with parties from the extreme Left and anti-religious parties, “We won’t surrender land and we won’t harm the Jewish identity of the State of Israel” – claims that will need to backed up with actions, not just words.

“The easiest thing to do is to entrench yourself in your position and pour fuel on the fire, as others have done. That’s how you tear a country apart.”

The Yamina Party said that the party may issue an official statement later Sunday evening.