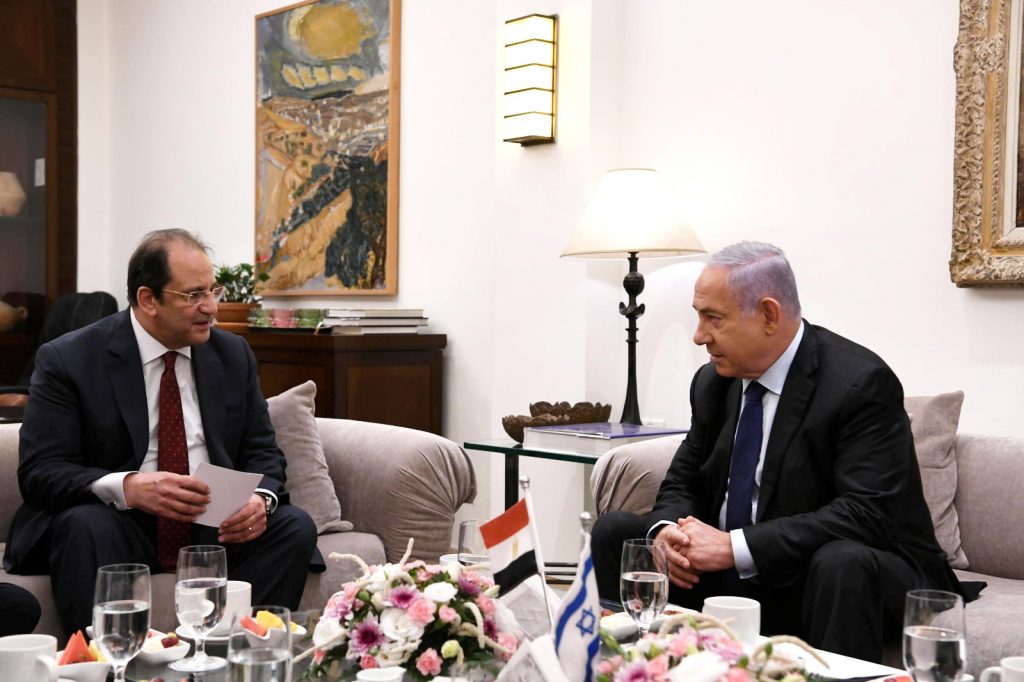 Prime Minister Binyamin Netanyahu hosted an Egyptian delegation led by Egypt’s intelligence chief Abbas Kamel, who is in the country for talks on the ceasefire that ended fighting between Israel and the Hamas terror group that rules Gaza earlier this month.

A statement from Netanyahu’s office said that the two discussed strengthening bilateral cooperation and the regional issues, and that they hailed “the joint effort between the countries on various security and diplomatic matters.”

Netanyahu reiterated Israel’s demand for the return of two citizens and the bodies of two soldiers killed in the 2014 Gaza war believed to be held by Hamas. They also discussed the mechanisms and processes for preventing the strengthening of Hamas and preventing it from being aided by resources that will be allocated in the future for the civilian population.

Also taking part in the sit-down was National Security Adviser Meir Ben-Shabbat, who met with Kamel for a lengthy discussion on these matters.

The meetings come as Foreign Minister Gabi Ashkenazi was hosted by his Egyptian counterpart Samey Shoukry for talks on the Gaza ceasefire.