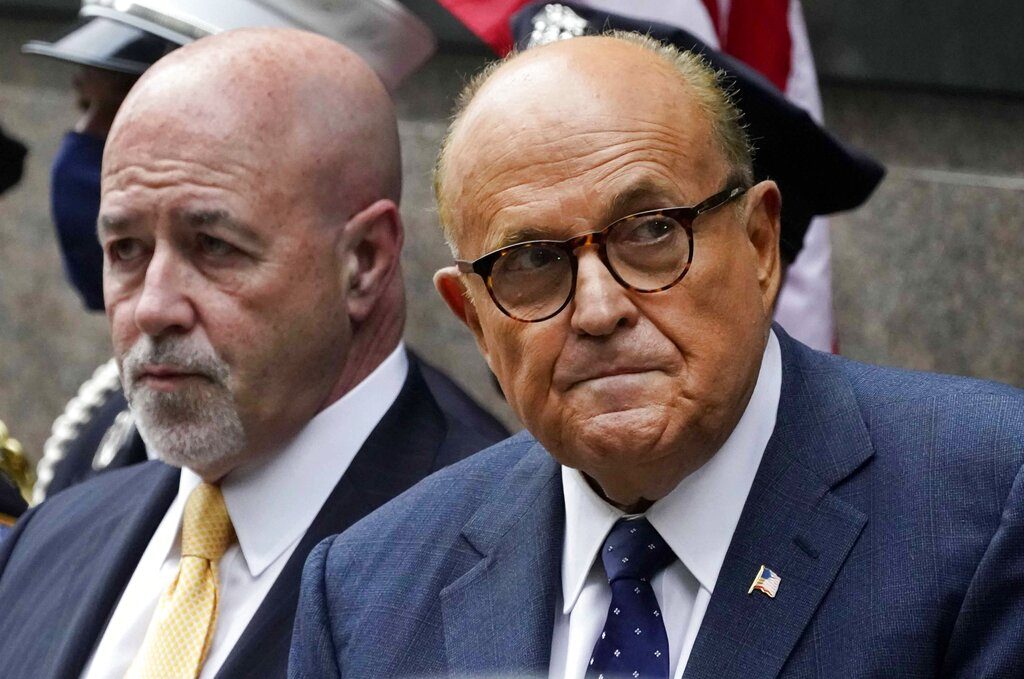 A judge said Friday that he will appoint a “special master” to oversee a review of electronic files seized from Rudy Giuliani and another lawyer to make sure investigators can’t get access to protected communications with their clients, including former President Donald Trump.

The judge rejected efforts by Giuliani and Toensing to force prosecutors to divulge more about why they seized electronic devices on April 28. He said they were asking, in effect, “to proceed by subpoena rather than by search warrant.”

“The search warrants at issue here were based on judicial findings of probable cause — supported by detailed affidavits — to believe that evidence of violations of specified federal offenses would be found at the locations to be searched. There is no legal requirement for the Government to proceed by subpoena, nor is there any basis for the subject of an investigation to require it to do so,” Oetken said.

The judge also rejected arguments that the searches were flawed because they were directed at lawyers whose clients included the president.

“But lawyers are not immune from searches in criminal investigations,” he wrote.

Prosecutors made the unusual request for the appointment of a lawyer or “special master” to protect attorney-client privilege the day after the raids, citing the need to make it clear that materials were reviewed appropriately.

Oetken said he “agrees that the appointment of a special master is warranted here to ensure the perception of fairness.”

Prosecutors are examining Giuliani’s interactions with Ukrainian figures and whether he violated a law governing lobbying on behalf of foreign countries or entities made the request for a “special master” almost immediately after the raids.

They said some of the devices that have not yet been unlocked belong to “certain employees” at Giuliani’s firm, Giuliani Partners LLC.

Giuliani, a Republican and former mayor of New York City, has not been charged with a crime. He has said all of his activities in Ukraine were conducted on behalf of Trump. At the time, Giuliani was leading a campaign to press Ukraine for an investigation into Joe Biden and his son, Hunter, before Biden was elected president.

Toensing’s law firm said after the searches that she was told she was not a target of the investigation. Investigators took a single phone belonging to her. Toensing is a former federal prosecutor and close ally of Giuliani and Trump.
Earlier this week, a lawyer in a Manhattan prosecution of two former Giuliani associates accidentally revealed that U.S. prosecutors in 2019 sought the electronic messages of two ex-Ukrainian government officials and a Ukrainian businessman as part of their probe of Giuliani’s dealings in that country.

The lawyer also revealed that prosecutors had obtained “historical and prospective cell site information” related to Giuliani and Toensing.

Prosecutors have said they obtained email and Apple iCloud accounts of Giuliani and Toensing in 2019.

Lawyers for Giuliani have challenged the April raids on the grounds that anything gathered from the 2019 search warrants was illegally obtained because investigators improperly intruded on private communications with the president during their secret inquiry.