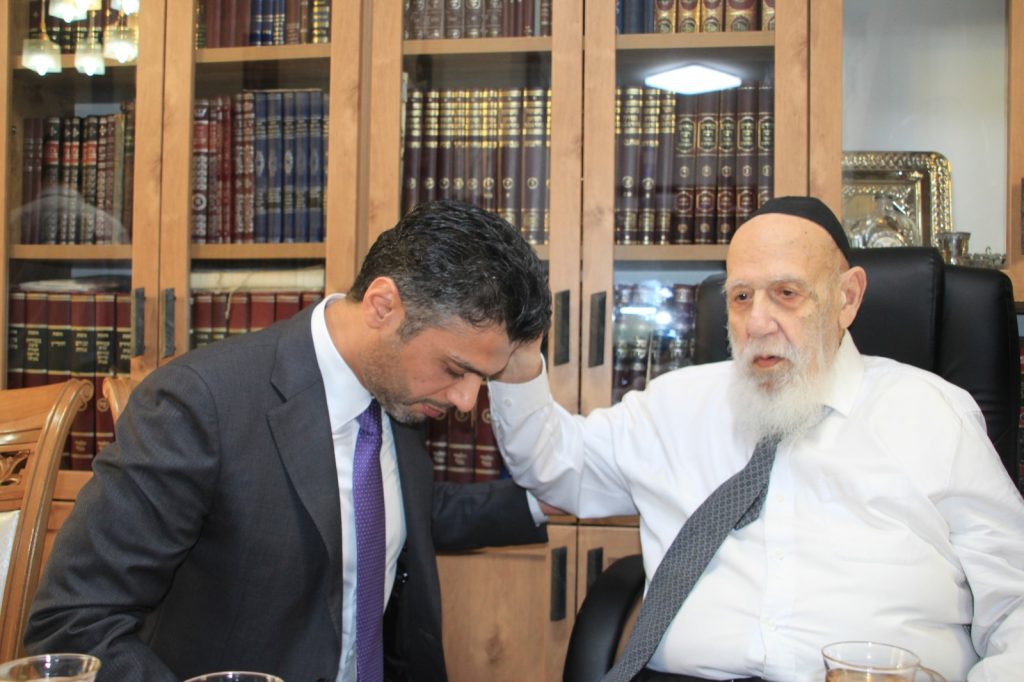 The Ambassador of the United Arab Emirates to Israel, Mohammad Mahmoud Al Khajah, on Sunday paid a historic visit to the residence of the Rosh Yeshivah, Hagaon Harav Shalom Cohen, shlita, Nasi of the Moetzet Chachmei HaTorah of Shas in Yerushalayim.

The ambassador arrived at the Rosh Yeshivah‘s house as part of the emirate’s first visit to Israel since the peace agreement between the two countries.

During the visit they discussed, among other things, the Abraham Accords, part of the conversation was even in Arabic and the Ambassador told the Rosh Yeshivah that the Abraham Accords were intentionally called that, not Peace Agreements, because the whole essence is religious and spiritual, not just political.

Adv. Rami Simani, an associate of the Rosh Yeshivah Harav Shalom Cohen, also took part in the visit, and Harav Cohen and the ambassador also discussed the situation of the Jews living in the Gulf.

The ambassador asked the Rosh Yeshivah to come and visit the United Arab Emirates in order to inaugurate a large center built on the site of all religions as a representative of the Jewish people.

Harav Shalom Cohen gave a gift to the ambassador a gold Birkas Habayis, together with Birkas HaKohanim.