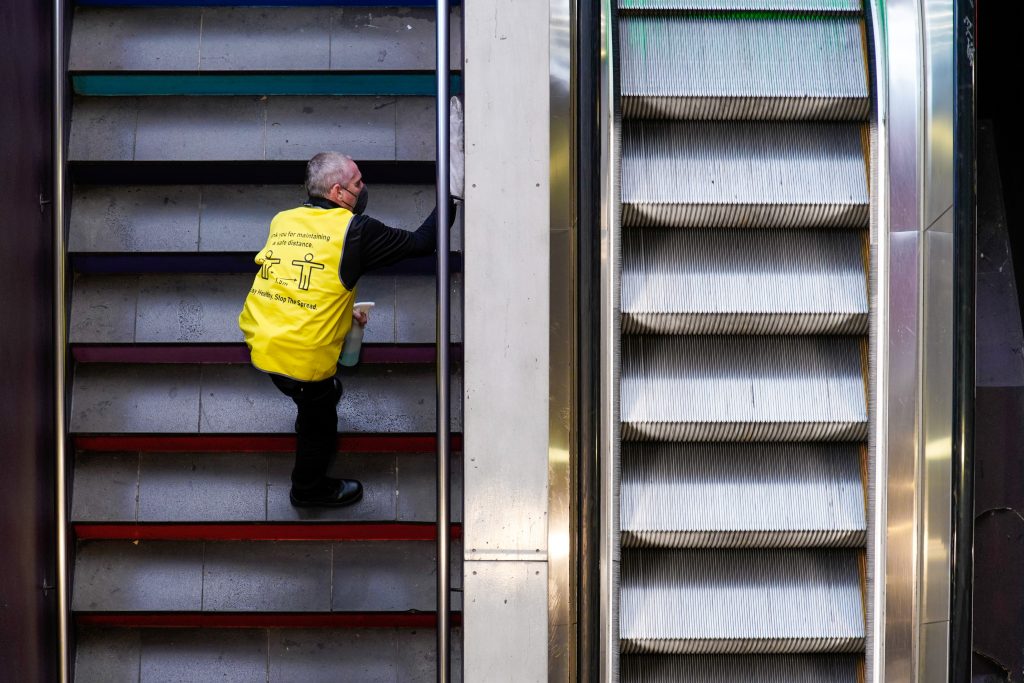 Australia’s Victoria state reported five new local COVID-19 cases on Sunday, including in a worker at a Melbourne aged-care facility where not all of the residents have been vaccinated.

The infections on the third day of a week-long lockdown raise the total to 40 in the latest cluster, which started with a returning overseas traveler who tested positive after leaving a quarantine hotel.

Victoria‘s acting premier, James Merlino, said at a briefing that 70% of the traveler’s close contacts have so far tested negative for the coronavirus.

“But it is true to say that this remains a day-by-day proposition,” Merlino said.

The case at the aged-care facility was of an unknown origin, health authorities said, and residents have been confined to their rooms. More than half of the residents and about a third of the staff have been vaccinated.

Victoria went into lockdown on Thursday night, the state’s fourth since the start of the pandemic, requiring people to stay at home except for essential work, health  care, vaccination, shopping and two hours of outdoor exercise.

Merlino on Sunday announced a A$250 million ($193 million) state support package for 90,000 businesses affected by the lockdown. He also criticized the federal government of Prime Minister Scott Morrison for not helping.

The outbreak has spurred people to get vaccinated in Victoria, following weeks of a slow inoculation roll-out and rising vaccine hesitancy because of the country’s success in virtually eliminating the COVID-19 virus.

Victoria‘s Labor government has criticised Morrison’s federal government for the slow national roll-out, saying a more successful program and better quarantine facilities might have prevented the need for a lockdown.

“It is not a race, it has to be systematic,” McCormack told Sky News.