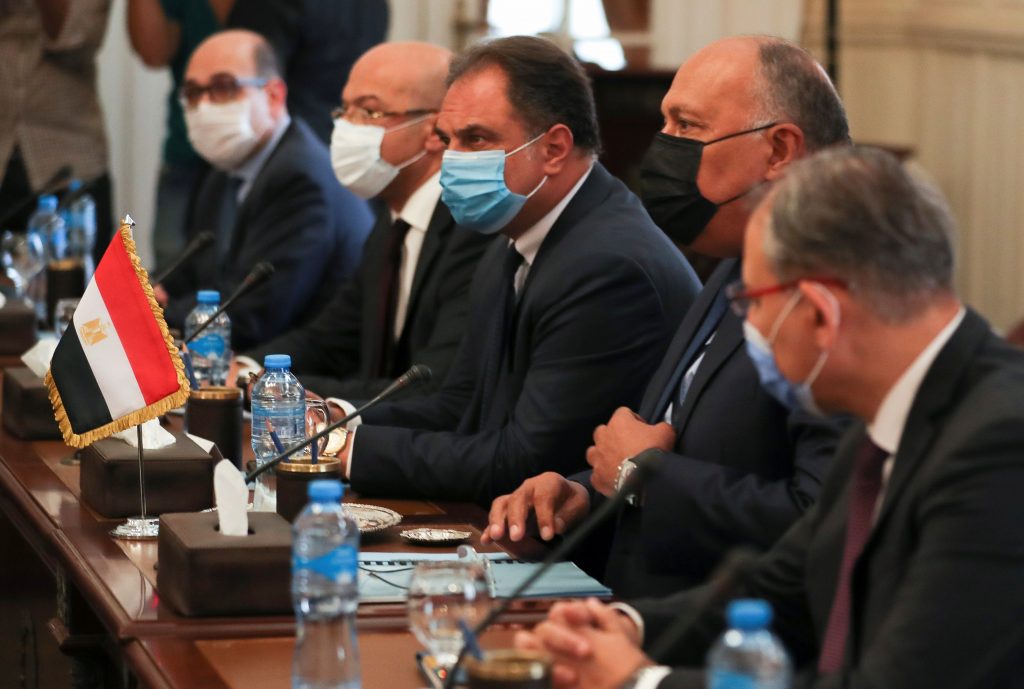 Israel’s Foreign Minister Gabi Ashkenazi has said that reconstruction in the Gaza Strip will be conditioned on the release by Hamas of two Israeli citizens and the bodies of two IDF soldiers killed in the 2014 Gaza war, according to media reports on Sunday.

Ashkenazi made the stipulations in a meeting in Cairo with Egyptian Foreign Minister Sameh Shukri. He also said that Israel will not agree to allow the Hamas terror group to exploit the rebuilding of Gaza to rebuild its military capabilities.

“We will not allow a situation in which the rehabilitation of Gaza will allow Hamas to rebuild its terror capabilities and without solving the issue of returning the captives and missing held by the Hamas terror group,” Ashkenazi said after his meeting with Shoukry in Cairo.

Earlier in the day, it was reported that Prime Minister Netanyahu raised the issue of captives in a meeting with the head of Egyptian intelligence, but it was not clear that he was making it a condition.

Ashkenazi flew to Cairo on Sunday, the first visit by an Israeli foreign minister to Cairo since 2008.

Kamel will then travel to Ramallah for talks with Palestinian Authority Chairman Mahmoud Abbas. The third stop on his visit will be Gaza, on Monday, where he is slated to meet with Hamas leaders.

An Egyptian delegation has also been in Gaza since Friday and informed Hamas officials that a deal with Israel should include the handing over of the bodies of two soldiers, killed during Operation Protective Edge in 2014, and the return of two Israeli citizens held captive by the terrorist group.

According to Arab media reports, Hamas leader Ismail Haniyeh, who resides in Qatar, will personally head the terrorist group’s delegation to the ceasefire talks in Egypt.

While in Cairo, Haniyeh will seek to promote issues including the rehabilitation of the Gaza Strip, resolving the rivalry with Fatah, and potentially forming a unity government with the Palestinian Authority so as to facilitate the rebuilding of the coastal enclave.