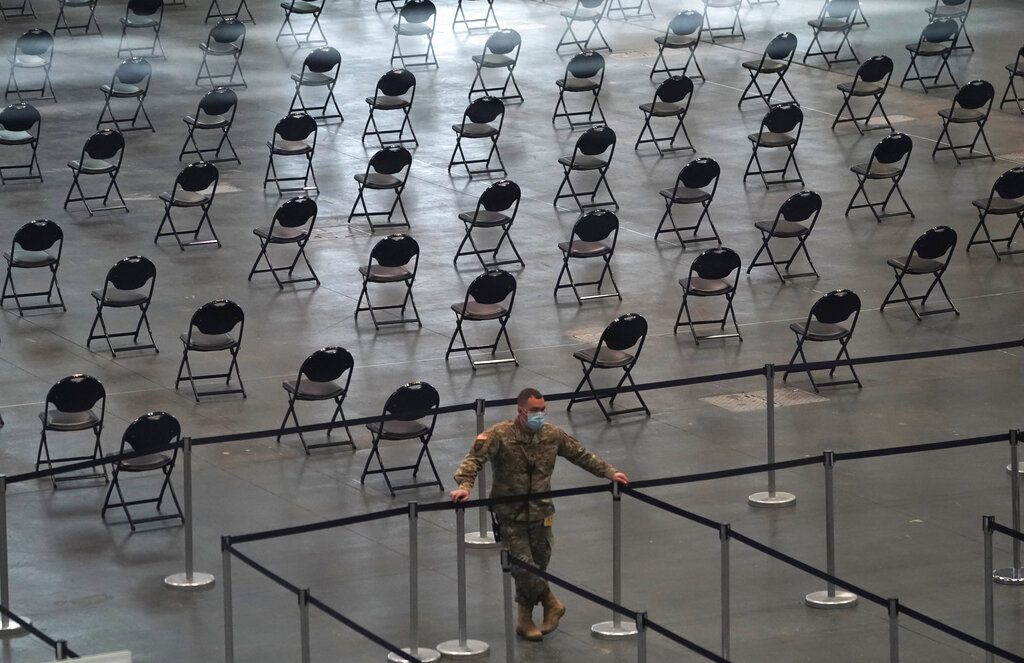 Two-thirds of adults in New York have received at least one dose of a COVID-19 vaccine, according to the latest federal data.

At the same time, hospitalizations statewide are down to 1,143 patients, Gov. Andrew Cuomo said Saturday. The total is the lowest since Oct. 31.

“Our numbers have been trending in the right direction – reaching a record low since the start of this pandemic – and they continue to do so because of what the people of this state have done,” the Democratic governor said in a statement.

On the vaccine front, about 46% of 20 million residents are fully vaccinated, according to data as of Friday from the U.S. Centers for Disease Control and Prevention. The national average is at 40%.

The rates of full vaccination vary widely across New York, with some rates higher in less-populated parts of central New York, including 68% in Hamilton County. That’s in contrast to 36% in Brooklyn and 34% in the Bronx.

Rates are lower in several western, rural New York counties: 28% in Allegany and 35% in Wyoming and Orleans.