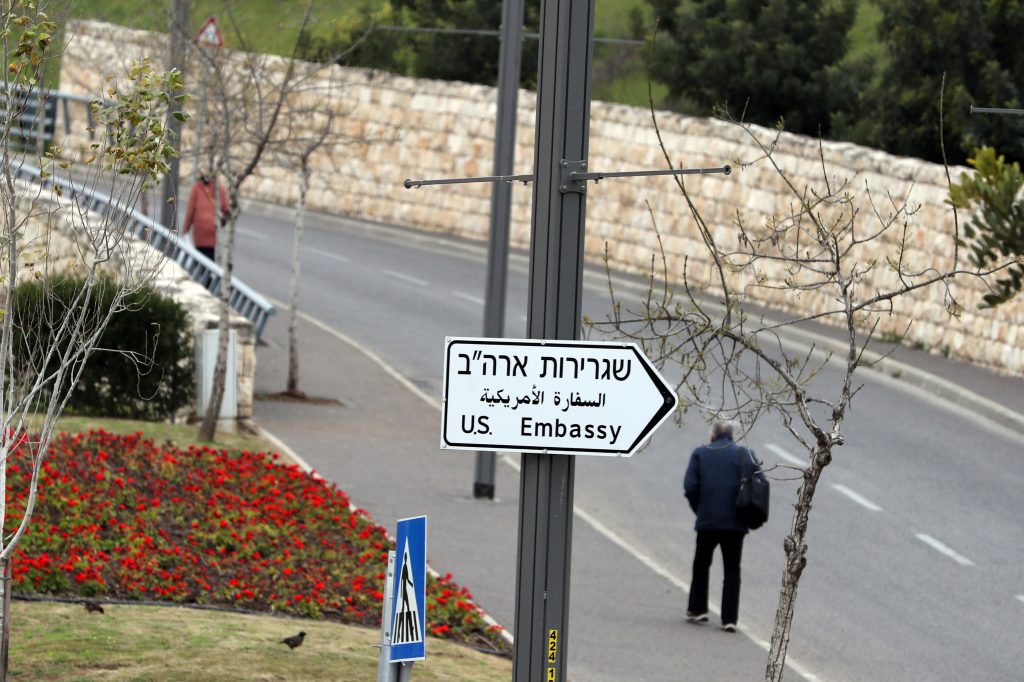 The U.S. is working to reopen its consulate in Eastern Yerushalayim, Secretary of State Antony Blinken announced Tuesday evening during a meeting with Palestinian Authority Chairman Mahmoud Abbas in Ramallah.

“As I told Prime Minister Netanyahu and President Abbas, the United States will be moving forward with the process to reopen our consulate in Jerusalem. That’s an important way for our country to engage with and provide support to the Palestinian people,” he stated.

Speaking later on to reporters in Yerushalayim, Blinken said that “we’re just beginning the process” of reopening the consulate.

“I can’t give you a timeline on how long that will take. But I can tell you that it’s, I think, important to have that platform to be able to more effectively engage not just the Palestinian Authority, but Palestinians from different walks of life, the NGO community, the business community and others. And so we look forward to doing that, but I can’t put a timeline on it,” he clarified.

The consulate was closed by the Trump administration after the U.S. moved its embassy from Tel Aviv to Yerushalayim in 2018.

However, Israel opposes the move.

Israeli Ambassador to the U.S. Gilad Erdan told Israel Radio on Wednesday morning that Israel is not worried that the Biden administration wants to strengthen Abbas and the PA, but “we have strongly opposed the reopening of the consulate in the municipal area of Yerushalayim.”

Erdan suggested that the U.S. reopen the consulate outside Yerushalayim’s municipal boundaries, possibly in Abu Dis.

He stressed that “not every dispute is a crisis. Hopefully, the reopening will not materialize, but ultimately it is a sovereign decision of the U.S. and we will remain divided on the issue.”