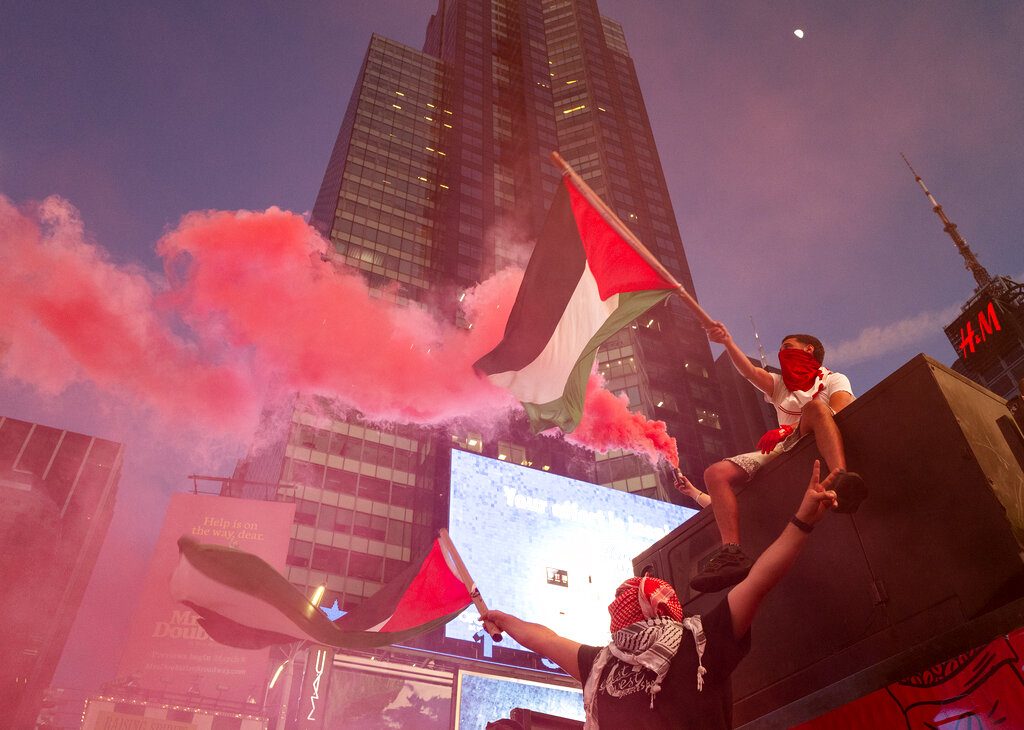 The Network Contagion Research Institute, which advises American Jewish communities on security matters, said on Wednesday it recorded an 80% rise in anti-Semitic acts in the past month amid the 11-day war between Israel and Hamas.

One of the causes, according to the “community network,” was disinformation spread on social media during the recent conflict between Israel and Hamas.

“There may be foreign actors who disseminate information and disinformation, often linked to anti-Semitic groups,” CEO Michael Masters said in an interview on Tuesday. “We are seeing a marked increase in calls for violence against the Jewish community and an increase in violent attacks against Jews.”

Masters listed some of the anti-Semitic incidents: “Vandalism from Oregon to Virginia, desecration of synagogues from Illinois to Arizona, reports of people throwing bottles at them, children’s playgrounds being smeared with swastikas in New York and Tennessee.”

He said there had been a commensurate escalation of anti-Semitism on social media during hostilities between Israel and Hamas that ended with a ceasefire last Friday.

Another feature of the anti-Semitic attacks was to link Jews and Israel to the coronavirus pandemic, in some cases blaming Jews for the virus, in others comparing Israel to the virus.

An anti-Israel hashtag, using Israel’s independence date to identify it as the source of the coronavirus, appears to have originated in Iran, Masters said.

The Network Contagion Research Institute, which tracks disinformation on social media, traced a sudden and massive spike in the hashtag use on May 12, the third day of the war between Israel and Hamas. It also followed spikes in the use of phrases like “Hitler was right,” “Zionazi” and “Kill all Jews,” which have increased markedly on social media in recent days.