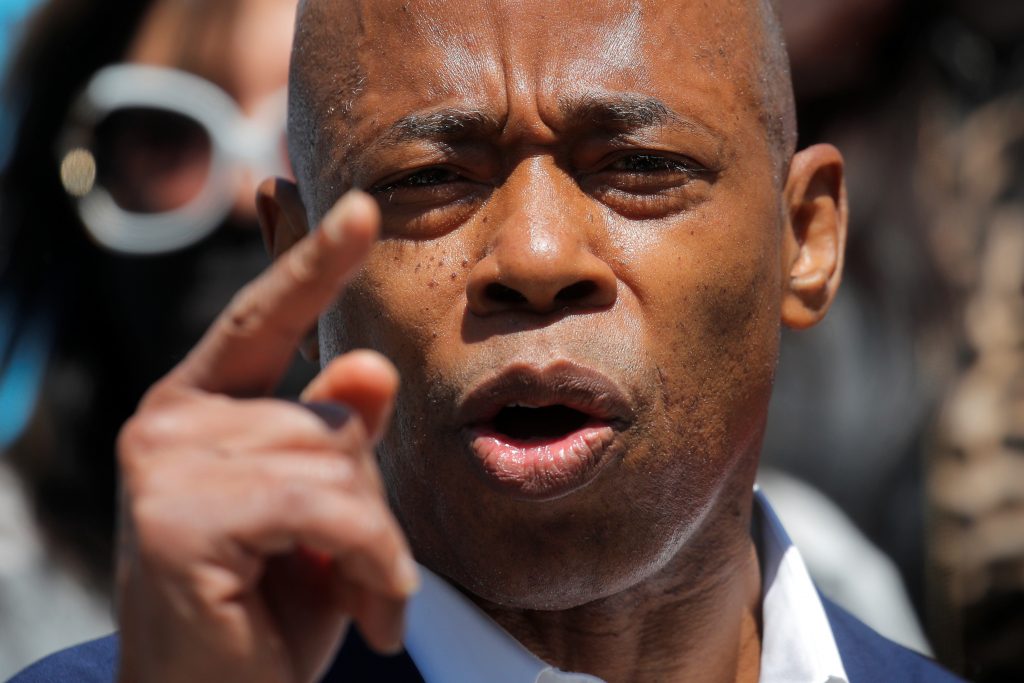 The poll, which was conducted by Fontas Advisors and Core Decision Analytics a week ago, found Adams in front with 13% support — up 3 points from the 10% he got in a Fontas poll taken in March.

Yang garnered 8% of support — an 8% dip compared with the 16% he had in March — and Garcia, who was trailing in the previous Fontas poll with only 2% support, now has 8% as well.

Many voters continue to be undecided, according to the poll, but name recognition has shot up for all top eight candidates since the last March poll conducted by Fontas.

In March, Morales had only 27% name recognition. In May, that number shot up to 51%.

Garcia, who received endorsements this month from the Daily News and The New York Times, saw her name recognition shoot up to 55% from 29% over the same period. McGuire and Donovan also experienced significant jumps in voter familiarity, though their supporters have poured considerably more money into getting their names out.

The latest poll surveyed 800 likely Democratic primary voters and was conducted May 15-18. It reveals that half of all voters are still undecided, but that some of them have gleaned enough information about the candidates that they’re now “leaning toward” one as a first-choice pick under the city’s new ranked-choice voting system.

Once the “lean toward” answers are accounted for, Adams is still ahead with 18% support. Yang is trailing with 13% and Garcia has 11%.

The poll also revealed relatively high favorability ratings for Adams and Yang among Hispanics — a key voting block that other recent polling has shown remains largely undecided. Of Hispanic people polled in the most recent Fontas survey, 18% said they would rank Yang first, with 17% saying they would make Adams their top pick. Adams also led in the 35-and-older demographic, with Morales dominating among those under 24 years old — 27% in that category listed her as their first choice.

Wiley’s middling position has held relatively steady, according to the pollster, with 5% of those polled confident they’ll support her and another 4% reporting that they’re leaning toward supporting her — for 9% overall support. Wiley garnered 6% of full-throated support from those polled in March.

Morales has also seen a slight surge, moving from 2% lending confident support to her in March to 5% in May.

McGuire and Stringer have both lost ground, according to the Fontas poll. In March, Stringer garnered 5% from people who said they were confident they would vote for him. In May, that number dropped to 4%, although an additional 3% said they were leaning toward casting a Stringer vote.

McGuire dropped 2 points when comparing March to May polling numbers, going from 4% confident support in March to 2% in May. An additional 2% of undecided voters said they are leaning toward ranking McGuire as their first choice.