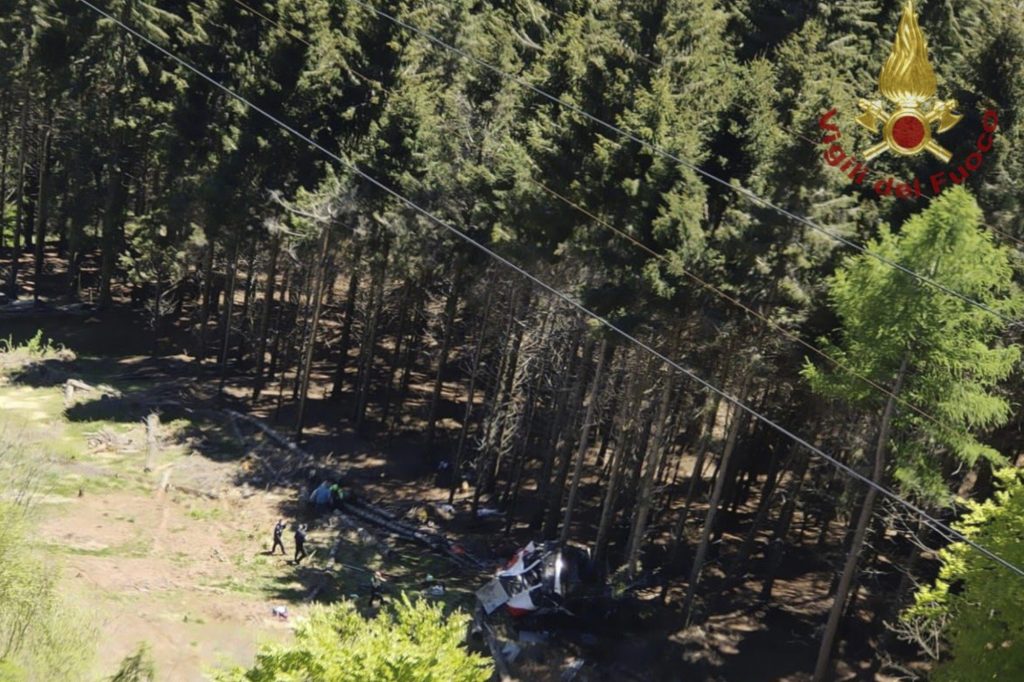 Eitan Biran, the five-year-old lone survivor of a cable car crash in Italy that killed his parents, sister and great-grandparents, z”l, has begun to wake up from his coma at a local hospital on Wednesday.

Meanwhile, at least one of three people arrested over the crash that killed 14 people on Sunday has admitted that the emergency brake on the funicular had been deactivated.

Eitan “is beginning to regain consciousness,” one of the doctors at Torino’s Regina Margarita Hospital said.

“This is a very delicate phase. This will be a gradual return to consciousness, it will require time and psychological aid. He already opened his eyes and it is important for him to see a familiar face beside him.”

Biran is currently being accompanied by his aunt Aya, his father’s sister.

Police arrested three people Wednesday in connection to the deadly crash, saying an investigation showed a clamp, intentionally placed on the brake as a patchwork repair, prevented the brake from engaging after the lead cable snapped.

Carabinieri Lt. Col. Alberto Cicognani said at least one of the three people questioned overnight admitted to what happened.

He said the fork-shaped clamp had been placed on the emergency brake to deactivate it because the brake was engaging spontaneously and preventing the funicular from working.

The clamp was put on several weeks ago as a temporary fix to prevent further service interruptions in the cable car line bringing sightseers to the top of the Mottarone peak overlooking Lake Maggiore. It was still in place on Sunday morning, Cicognani told Sky TG24.

After the lead cable snapped Sunday, the cabin reeled back down the line until it pulled off entirely, crashed to the ground and rolled over down the mountainside until it came to rest against some trees. Fourteen people were killed, with Eitan the only survivor.

The bodies of the five members of the Biran family were to be flown to Israel on Wednesday after a levayah organized by the local Jewish community in Stresa in northern Italy.