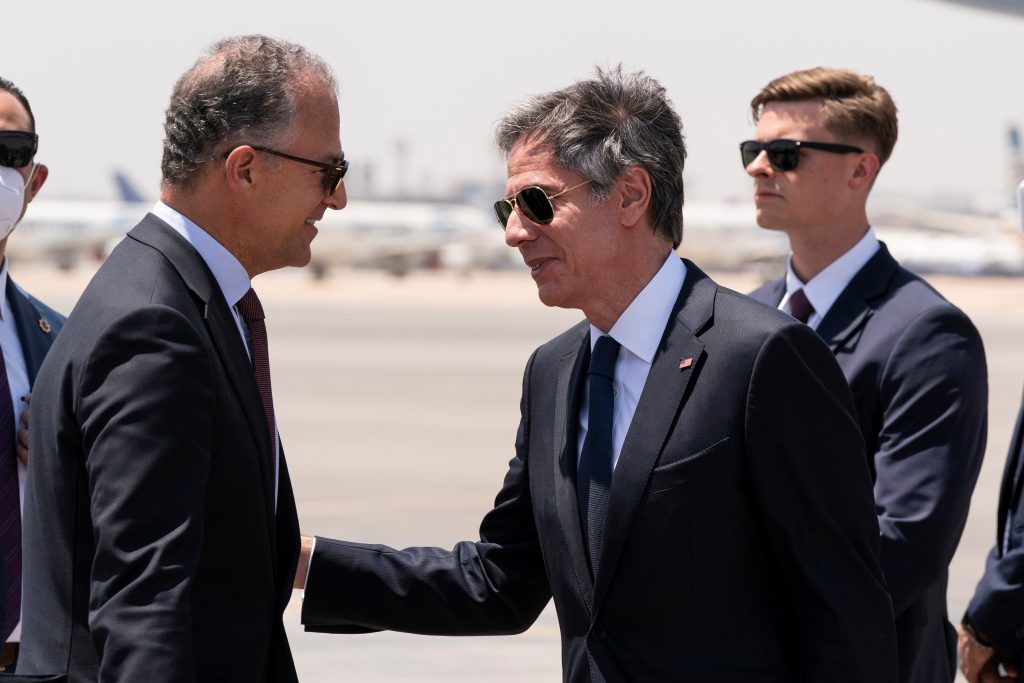 U.S. Secretary of State Antony Blinken arrived in Cairo on Wednesday, part of a Middle East tour aimed at shoring up a ceasefire that ended the worst fighting in years between Palestinian terrorists and Israel.

Egypt has longstanding relations with both sides in the conflict and played a key role in brokering the ceasefire after 11 days of violence, in coordination with the United States.

On Tuesday, Blinken pledged that the United States would provide new aid to help rebuild the Gaza Strip, including $5.5 million in immediate disaster relief and nearly $33 million for the U.N. Palestinian aid agency based there.

Egypt, which shares a border with Gaza and has security contacts with Hamas, the group that controls the enclave, is likely to have a role in channeling that aid, a senior U.S. State Department official said ahead of Blinken’s visit.

During the fighting, Egypt opened the Rafah border crossing between Gaza and its Sinai Peninsula in order to provide medical aid and evacuate wounded people.

It also deployed a security delegation that shuttled between Israel and Gaza to reinforce the ceasefire after it came into effect early on Friday.