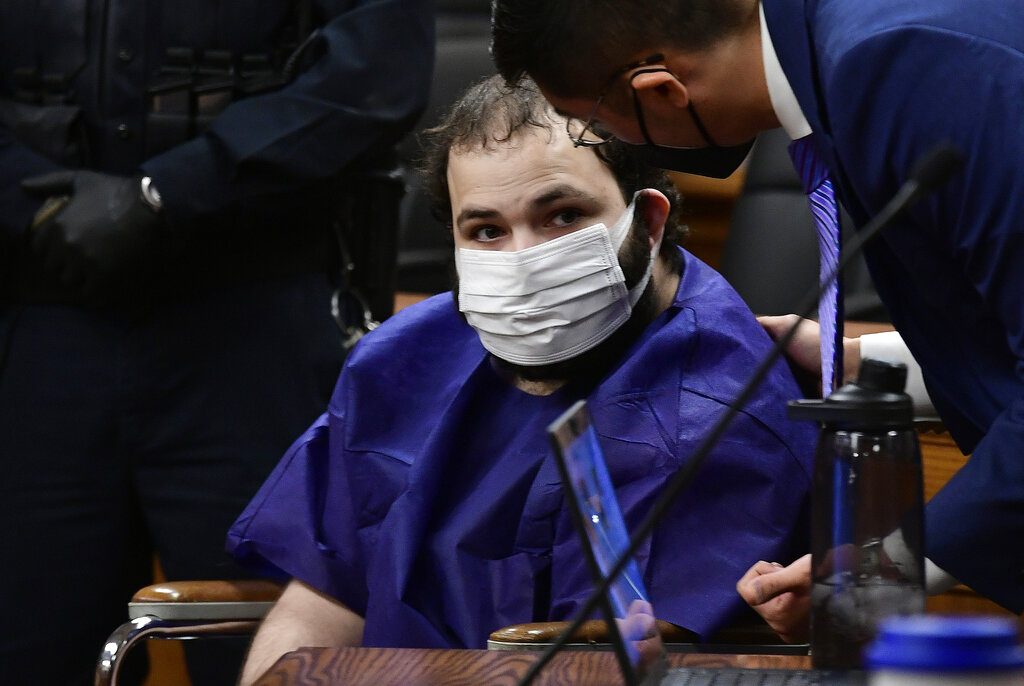 A 22-year-old man accused of fatally shooting 10 people at a Colorado supermarket was set to appear in court Tuesday for a hearing to discuss what will happen next in the case.

The status hearing will be only the second court appearance for Ahmad Al Aliwi Alissa since the March 22 attack in Boulder. At his initial court hearing days after the shooting, one of his lawyers, Kathryn Herold, said the defense legal team needed two or three months to evaluate his “mental illness” and evidence collected by investigators before proceeding. She did not provide any details about his mental health at that time.

A law enforcement official briefed on the shooting previously said that the suspect’s family told investigators they believed Alissa was suffering from some type of mental illness, including delusions. The official was not authorized to speak publicly and spoke to The Associated Press on condition of anonymity.

Alissa is accused of killing nine shoppers and workers inside and outside the store as well as one of the first three police officers who entered the store.

He has also been charged with attempted first-degree murder for allegedly firing at 26 other people, including 11 law enforcement officers. He is also accused of unlawfully possessing 10 high-capacity ammunition magazines, devices banned in Colorado after previous mass shootings.

Investigators have not released a possible motive for the attack. District Attorney Michael Dougherty has said there was no indication that Alissa, who was from the nearby suburb of Arvada, had ever visited the supermarket before.