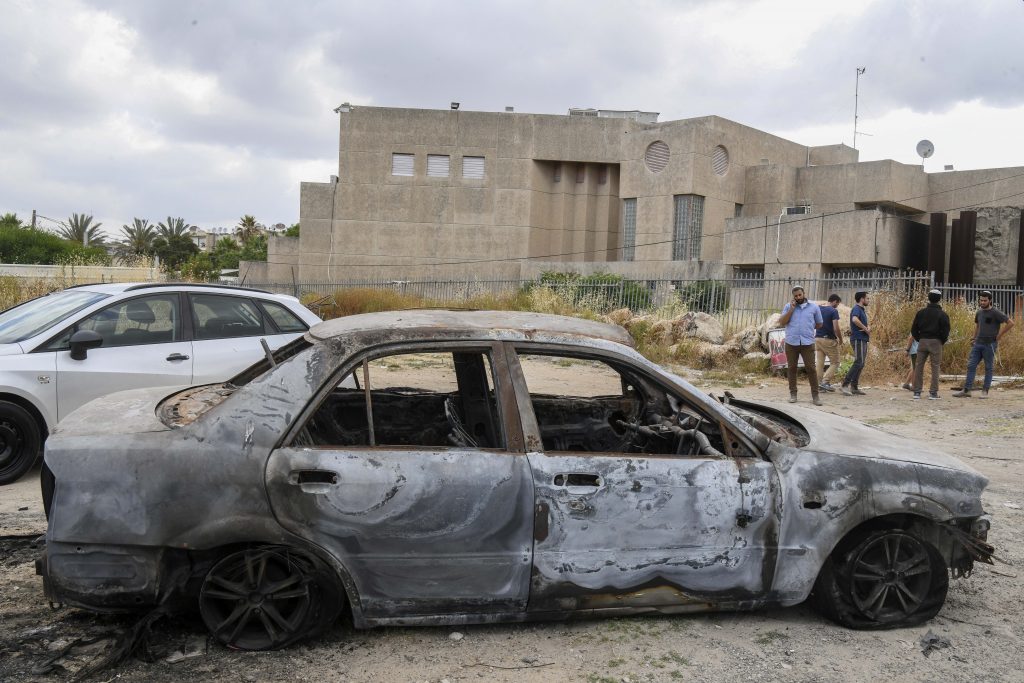 Three young men involved in the Bat Yam lynching less than two weeks ago were indicted on Monday by the Israel Police.

The suspects face charges that include attempted murder, carrying out a terrorist act and incitement to racism and terrorism.

For the attack on Ramle resident Said Moussa, the prosecution filed with terrorism charges against the three men involving attempted murder, aggravated assault, malicious damage to a vehicle out of racist motives, theft due to racist motives, rioting for racist motives that resulted in damage, incitement to terrorism and incitement to racism, each according to the individual defendant’s alleged role in the incident.

The victim was driving through the promenade of Bat Yam when local rioters, including the suspects, discovered he was an Arab, dragged him from his car and beat him using flagpoles and an electric scooter.

The charges came for the violence between Arabs and Jews throughout the country during renewed hostilities between Israel and Gaza.