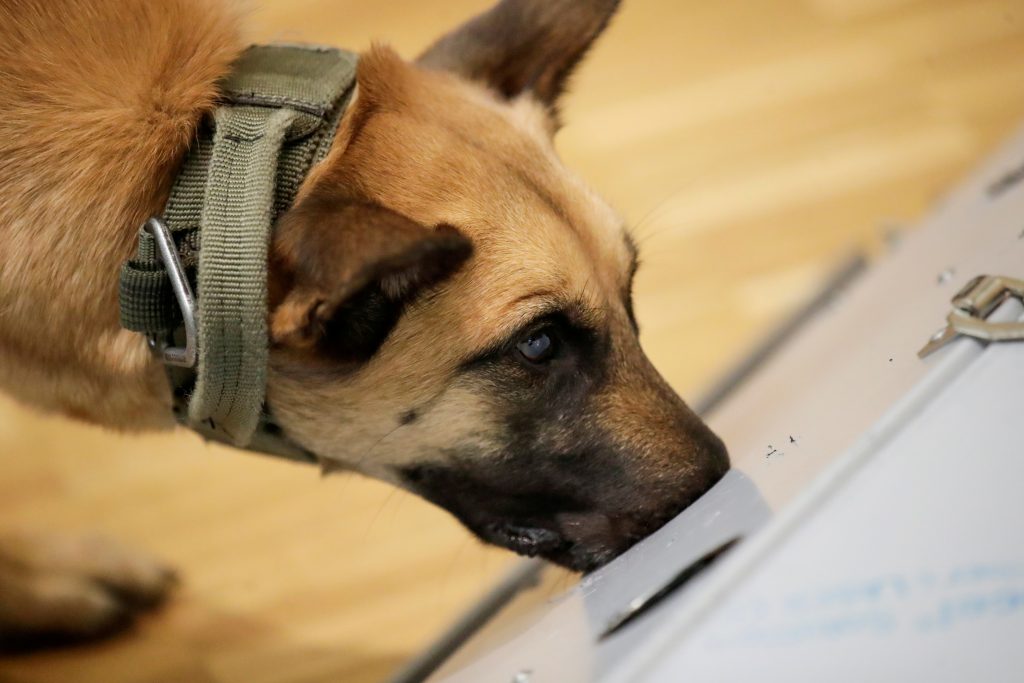 COVID-sniffing dogs could be used to detect the coronavirus at ports of entry, potentially reducing long waits at testing lines and strengthening efforts to contain transmission, according to a U.K. study.

Two dogs could accurately scan 300 plane passengers in about half an hour as part of a rapid screening strategy, scientists from the London School of Hygiene and Tropical Medicine said in research published Monday. Then only the people selected by the dogs would need to undergo a PCR test.

There’s growing evidence that dogs can identify COVID patients in much the same way they sniff out bombs, drugs or other diseases. Pathogens produce unique volatile organic compounds released by ailing cells. These signature smells could be used to fight outbreaks earlier on in the future, the researchers wrote, arguing the approach is fast, cheap and non-invasive.

“The current methods of testing for COVID-19 are not suitable for rapid screening of large numbers of people, such as people found in airports or other public venues where you’ve got to screen a lot of people very quickly,” James Logan, head of the department of disease control at the London School of Hygiene, said in a briefing on Friday. “For other disease outbreaks in the future, we think dogs could be deployed quickly to screen people and help stop the outbreak when it first begins.”

In the study, the dogs showed they were able to detect asymptomatic patients as well as people with two different strains, and some with low viral loads. The strategy of dog selection followed by a PCR test would detect 91% of cases, the scientists said. They said the research was the first of its kind conducted as a double blind trial with a high number of participants, including those with and without symptoms, though the findings haven’t been peer-reviewed.

The dogs were trained to identify COVID-19 using body odor samples on masks, socks and T-shirts. The researchers said they believe the results could be replicated in real-world settings.

The trial was led by the London School of Hygiene in collaboration with the charity Medical Detection Dogs and Durham University. It was part-funded by the U.K.’s Department of Health & Social Care, and used over 3,500 odor samples donated by the public and NHS staff.