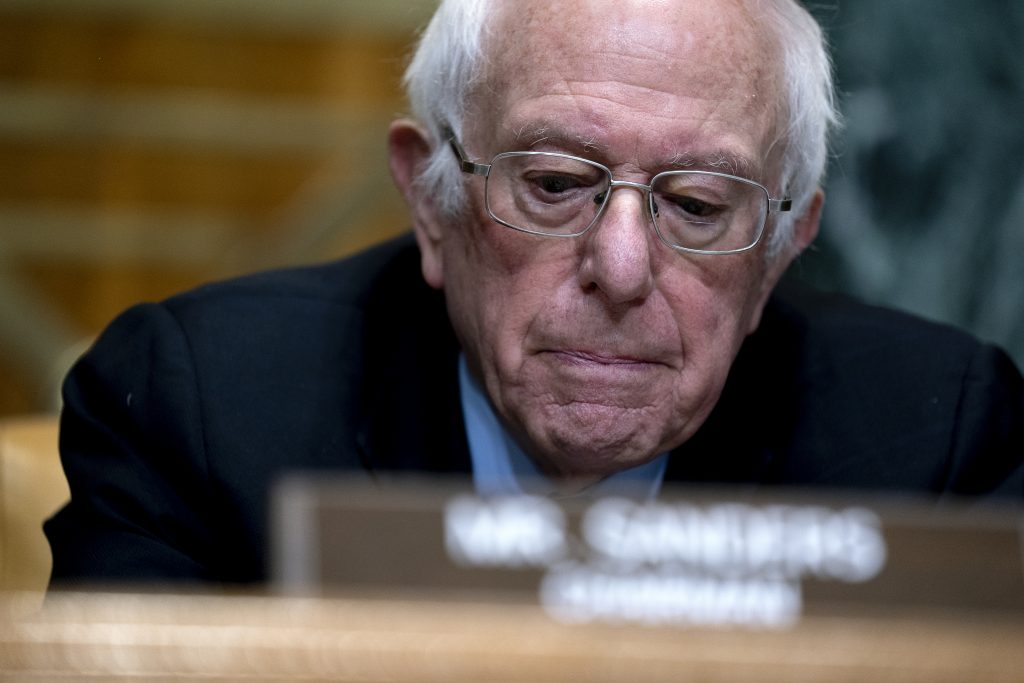 On May 5, the current administration approved a $735 million weapons sale to Israel. During an earlier informal review, the Democratic and Republican leaders of the Senate Foreign Relations and House Foreign Affairs committees all backed the sale.

As he is required to do for arms sales to other countries, the President sent Congress a formal notice that day of the pending sale. That notice triggered a 15-day Congressional review process.

Roughly a week later, Hamas launched its most recent series of rocket attacks, eventually numbering in the thousands, against Israeli civilians, to which Israel responded by making airstrikes on the terrorist group’s infrastructure.

In the wake of that targeted response, ended for now after Hamas and Israel agreed to a ceasefire, Senator Bernie Sanders of Vermont introduced a resolution to block the arms sale to Israel.

Mr. Sanders and other fringe lawmakers in Congress argue that the United States should not send American-made weapons to Israel at a time when it has carried out airstrikes that have killed civilians.

Civilians, tragically, are casualties in most armed conflicts. But while Hamas pointedly seeks, as its terrorist designation indicates, to kill and maim civilians, Israel not only aims exclusively at its enemy’s military installations but actually acts to warn people in buildings about to be destroyed to leave the premises for their personal safety.

And ironically, most of the current proposed sale is for “joint direct attack munitions,” known as JDAMS, which transform so-called “dumb” bombs into precision guided missiles. Israel, which has purchased JDAMS in the past, has employed them specifically to avoid hurting civilians during their air strikes on densely populated Gaza, something of which Mr. Sanders is either ignorant or is willfully ignoring.

In order to block an arms sale, lawmakers would have to quickly approve a resolution like Mr. Sanders’ in both chambers of Congress, and then override Mr. Biden’s likely veto, none of which is likely to happen.

Jen Psaki, the White House press secretary, referred questions on approval of the sale to the State Department, but reaffirmed America’s “long abiding security and strategic relationship with Israel.”

Senator Jim Risch of Idaho and Representative Michael McCaul of Texas, the top Republicans on the foreign relations panels in the Senate and House, urged President Biden to let the arms package go to Israel as planned.

“To withhold this sale now,” they wrote in a letter to the President, “would call into question our commitment to Israel’s qualitative military edge, and the basic reliability and trustworthiness of the United States as an ally and a defender of democratic values.

“We have heard voices in Congress,” they continued, “that are increasingly willing to forfeit the United States’ reputation for standing by its friends and partners. This is not right. We must draw a firm line that the United States will stand with Israel and other allies in their hour of need.”

For his part, Senate Minority Leader Mitch McConnell observed that “[The Israelis] aren’t at war with the Palestinian people. They’re fighting Hamas, a terrorist group that opposes a two-state solution; that wants Israel destroyed. Let’s dispense with the ‘both sides’ nonsense.”

And while Mr. McConnell further expressed his view that the Democratic party has been “hijacked” by its “radical fringe,” the traditional bipartisan support in both the House and Senate for arms sales to Israel appears to still be strong.

But that does not mean that the element of the Democratic Party often described as “progressive” — and running headlong over a cliff is also “progress” of a sort — is not of concern. It is.

The House counterpart of Mr. Sanders’ resolution was introduced by Representatives Alexandria Ocasio-Cortez, Mark Pocan and Rashida Tlaib, and has at least six other co-sponsors. Even if the vast majority of Democratic representatives and senators are fully supportive of Israel, that is deeply troubling.

Senator Sanders, after pontificating against Israel’s response to being attacked, which he characterizes as “U.S.-made bombs… devastating Gaza, and killing women and children,” said, reasonably, “I believe that the United States must help lead the way to a peaceful and prosperous future for both Israelis and Palestinians.”

He then added that “We need to take a hard look at whether the sale of these weapons is actually helping do that, or whether it is simply fueling conflict.”

If he and his “progressive” friends will indeed take that hard look, and if objectivity is still within their abilities, they will realize that selling Israel means of deterring murderous terrorists and, when necessary, more accurately targeting them while sparing civilian casualties, is very much “helping to do that.”