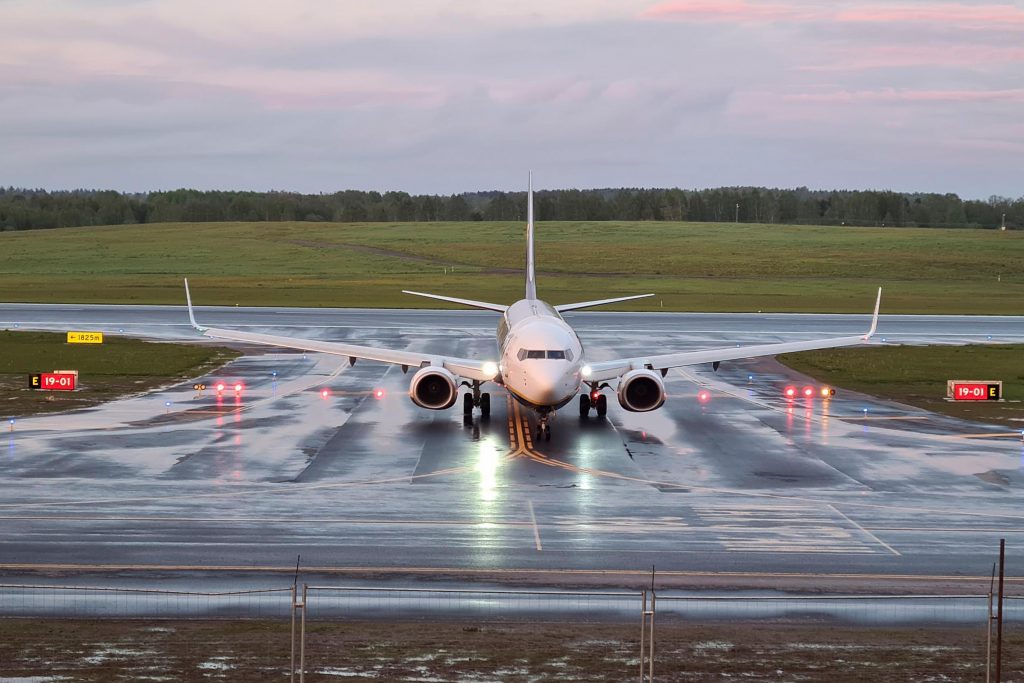 Five passengers on board a Ryanair flight from Athens to Vilnius that was intercepted by a Belarusian warplane and forced to land in Minsk on Sunday did not reach their final destination, Lithuanian officials said on Monday.

Belarus’s action, which resulted in the detention of dissident journalist Roman Protasevich who had been on board, drew international condemnation.

A spokeswoman for the Lithuanian Prime Minister said the latest information available from Ryanair suggested 126 passengers had departed the Greek capital and 121 were present on arrival in Lithuania.

Earlier comments by Lithuanian officials put the number of passengers at between 123 and 127, plus crew. None of the officials commented on the identity of the passengers who remained in Minsk.

“Ryanair corrected the stated passenger numbers three times to us. The latest correction is that 126 passengers left Athens and 121 landed in Vilnius. This does not include the crew of six,” spokeswoman Rasa Jakilaitiene told Reuters.

Ryanair boss Michael O’Leary, who referred to the incident as a state-sponsored hijacking, said on Monday he believed security agents had been on the flight and had also disembarked in Minsk.

That would mean the operation had effectively been coordinated with spies operating on the ground in Greece.

A Belarusian university in Vilnius said one of its students, Sofia Sapega, 23, who had been traveling with Protasevich, had also been detained in Minsk. The university demanded her release.

Lithuanian police are questioning the passengers who later disembarked in Vilnius after the flight finally reached its destination, and are examining the aircraft, the chief of criminal police, Rolandas Kiskis, told reporters.

The Lithuanian government advised its citizens to refrain from traveling to Belarus and urged those currently in the country to leave immediately. It has also told aircraft using Vilnius Airport to avoid Belarusian airspace.