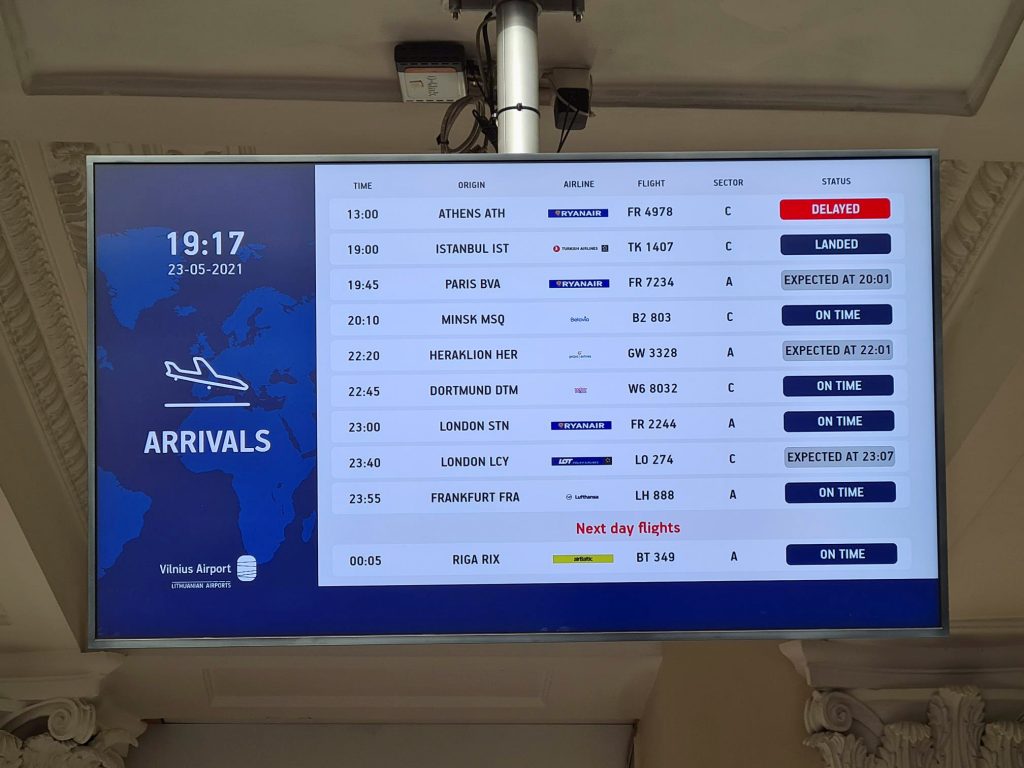 A Belarusian transportation official claimed that a Hamas bomb threat forced the diversion of a Ryanair passenger flight. The flight, heading to Vilnius, was forced by Belarusian warplanes to land in Minsk.

Once the flight landed, a wanted anti-Belarusian regime activist and journalist was forced off the plane and taken into custody. Five Russian passengers left the plane as well.

Artem Sikorsky, a high ranking official in the Transportation and Communications Ministry, read a letter he dubiously claimed contained the Hamas threat, Times of Israel reported.

The letter allegedly said, “We, the soldiers of Hamas, demand that Israel ceasefire in the Gaza Strip. We demand that the European Union renounces its support for Israel in this war… A bomb is planted on this flight. If you do not fulfill our demands, the bomb will explode over Vilnius on May 23.”

The claim was met with scorn on social media, and Hamas denied the allegation. Hamas spokesman Fawzi Barhoum said that the group “has nothing to do with that completely. We don’t resort to these methods, which could be the doing of some suspicious parties that aim to demonize Hamas and foil the state of world sympathy with our Palestinian people and their legitimate resistance,” Barhoum said, Jerusalem Post reported.

Roman Protasevich, an opposition journalist who opposes Belarusian President Alexander Lukashenko, may face the death penalty for his part in massive rallies against Lukashenko, who is accused of interfering in the 2020 election that he won in a suspicious landslide.

The European Union and the United States have indicated they will take measures against Belarus, possibly furthering sanctions already imposed after Lukashenko cracked down on protests.