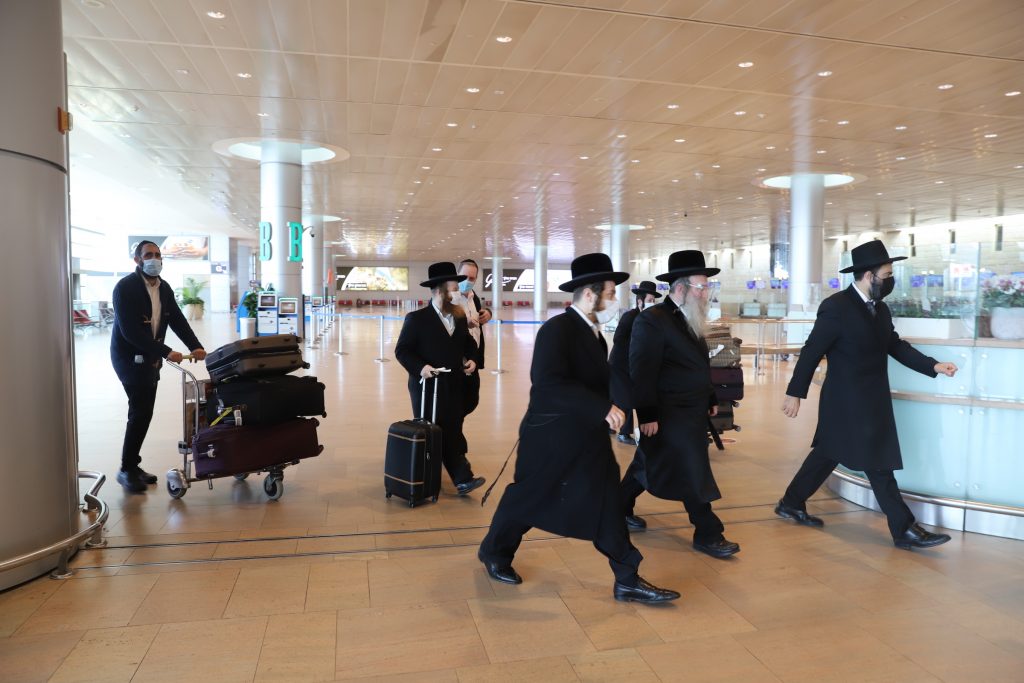 The scenes at Ben Gurion Airport on Sunday appeared at odds with earlier reports that the reopening would start with a trickle of passengers and build slowly.

According to Globes, 18,000 passengers are expected to pass through the airport on Sunday – double the average number during the fighting of the past two weeks – with 10,000 people taking off and 8,000 landing.

That’s still only one third of the daily average before the pandemic but a dramatic change from the empty airport scenes of recent months.

In all, 134 flights were arriving and departing on Sunday, of which 47 are El Al flights. Israir accounts for 17 and Arkia will operate six flights.

Of the foreign airlines, Turkish Airlines Delta, United and Wizz were already active at Ben Gurion on Sunday.

The airlines and Israel Airports Authority are pressing the Ministry of Health to ease instructions for passengers to keep six feet apart, due to the low infection rate in Israel, and which is in any case not observed when the airport is crowded.

Israir CEO Uri Sirkis complained that the restrictions create overcrowding and cause longer lines and a longer stay in the passenger halls than necessary. He wrote to the Ministry of Health, “Keeping distance from each other means that a larger number of passengers remain in airport areas at the same time for longer than required.”