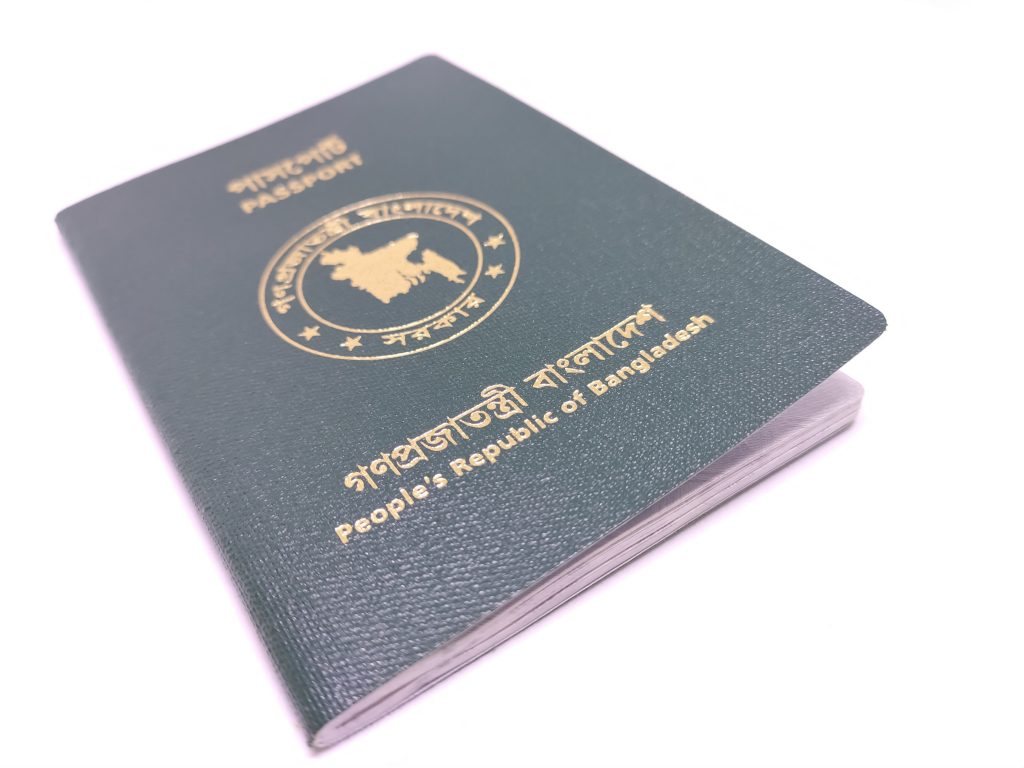 Bangladesh has made a diplomatic gesture toward Israel, leading to speculation that the two countries may be on the way to the establishment of  full ties.

Bangladeshi Home Affairs Minister Asaduzzaman Khan announced that Bangladesh has removed from its passports the text “this passport is valid for all countries for the world except Israel.”

It is believed that with the newly issued passports, Bangladesh nationals will have no legal bar in visiting Israel, which will open a new vista of cooperation between the two countries.

Since Bangladesh’s independence in 1971, Bangladesh has not recognized Israel, despite Israel being one of the first four countries to recognize Bangladesh. Foreign Minister AK Abdul Momen has said that although Bangladesh still does not recognize Israel, the passport-issuing authority is vested in the Ministry of Home Affairs, and whatever the passport states is entirely the jurisdiction of the Home Ministry.

Deputy Director-General for Asia and the Pacific Gilad Cohen at the Israeli Foreign Ministry welcomed the announcement as “great news! Bangladesh has removed travel ban to Israel.”

“This is a welcome step and I call on the Bangladeshi government to move forward and establish diplomatic ties with Israel so both our peoples could benefit and prosper,” he wrote.

Israel and Bangladesh do not have diplomatic relations. In the past, Bangladeshi citizens who visited Israel were punished and even sentenced to prison time.

Israel has established relations with a number of Muslim nations in the Middle East, including the United Arab Emirates. Already economic and technological cooperation between Israel and those nations have started.