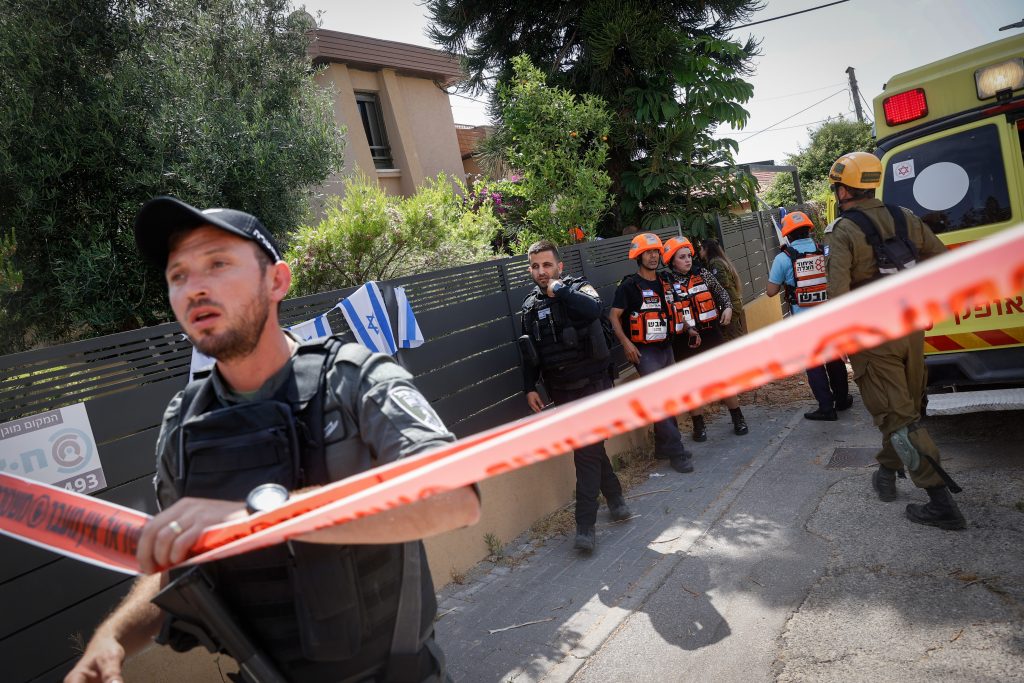 The Security Cabinet is set to meet at 7 p.m. on Thursday to discuss terms for a ceasefire with the terror groups in the Gaza Strip.

Israel had a relatively quiet night on Wednesday without rocket sirens from about 1 a.m. until Thursday morning.

The quiet came as Israel and Hamas are said to be close to a possible ceasefire that could go into effect as soon as Thursday evening or Friday night.

A senior Hamas official told CNN on Wednesday night that he expects a ceasefire agreement to be reached within the next couple of days, Israeli media reported.

“I think ceasefire mediation will work,” deputy head of the Hamas political branch Mousa Mohammed Abu Marzook said. “The equation was clear – if they escalate we escalate. If they stop firing at Gaza we’ll stop firing at Tel Aviv. Israel’s actions in Jerusalem and Sheikh Jarrah have caused the al-Aqsa Brigades to enter the campaign,” he said. “Any negotiations for a ceasefire must address that.”

Despite the claim, Intelligence Minister Eli Cohen said that Israel was determined to continue the operation for as long as it was needed to restore security to the State of Israel.

“We see that there is significant international pressure, we see that Hamas sources are begging for a ceasefire,” Cohen told Reshet Bet. “We will end the operation when we decide that we have accomplished our desired goals.”

He emphasized that the goals of the operation include damaging Hamas infrastructure as well as harming the terror organization’s officials, including top officials.

“We saw in the last battle that from the State of Israel’s perspective, there are no ‘holy cows’ – all Hamas officials were targets, including for eliminations and harming infrastructure,” Cohen said.

“Hamas is hiding in tunnels; I don’t see bravery in that. [Mohammed] Deif, as we speak, is hiding 30 meters [100 feet] underground, like a coward.”

Regarding the demand to condition a ceasefire with the Hamas on the return of the missing and captured Israelis supposedly held by the Hamas, Cohen said: “As of now […] the issue of bringing back the Israelis has not been discussed. We are committed to their return.”

The United Nations General Assembly was also due to meet on the conflict on Thursday but it was not expected to take action.