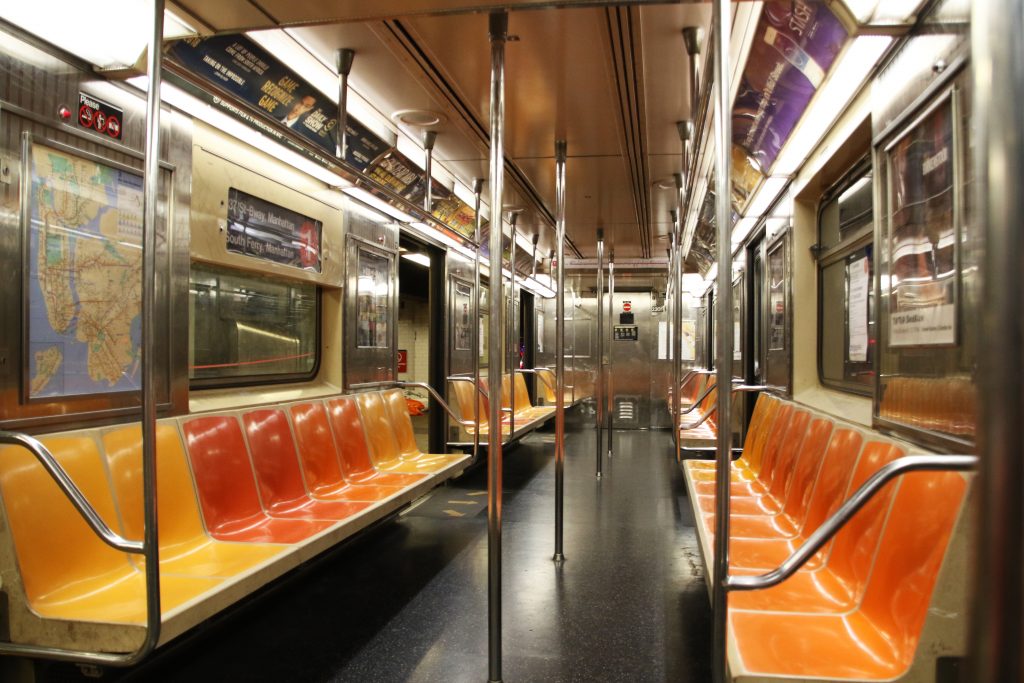 A spike in assaults and harassment incidents in New York’s transit system is threatening its ability to restore ridership to pre-pandemic levels just as it needs to start replenishing its coffers.

The Metropolitan Transportation Authority, which carried 5.5 million people on its subways every weekday before the COVID-19 outbreak, faces a harsh reality: Even with $14.5 billion of federal aid, it must plug an estimated $1.5 billion deficit as soon as 2024 if ridership fails to hit pre-pandemic levels.

That scenario would bring back financial strains that could have dire consequences for the future of the nation’s largest transit system. At stake is the MTA’s $51.5 billion capital plan, which would improve access for the nearly 1 million New Yorkers who identify as disabled, expand service to underserved neighborhoods and replace aging signals that cause delays and limit service.

The key to it all, however, is revenue. The authority must lure people back in the face of concerns about both COVID-19 and personal safety. With the most-populous U.S. city reopening, subway ridership is as high as it’s been since the virus first hit. But it’s still a mere 40% of pre-pandemic levels, and by some estimates, 20% of riders may never return, with more people opting for remote work or preferring cars or bikes. The federal aid will eventually run out, so winning back passengers is crucial given that fares and tolls historically accounted for 50% of revenue.

“What’s at risk is the future of the transit system,” said Danny Pearlstein, policy and communications director for Riders Alliance, which advocates for reliable and affordable transit in New York City. “Without modernizing it, according to the capital program, we’ll lose more riders of transit because the system won’t meet the standards that people expect of it, in particular, to be reliable. And it won’t be accessible.”

Even before the pandemic struck, the MTA needed to improve service and modernize a system that suffered years of neglect. The transit network is vital for the New York metropolitan region — which accounts for 8% of the nation’s gross domestic product.

But the MTA’s finances are stretched. It’s laboring under $48.6 billion of debt, more than all U.S. states but California and New York. Bond-service costs are expected to eat up 17% of revenue this year, and about 23% in 2023 and 2024, according to budget documents.

And while first-quarter fare revenue of about $540 million was nearly double projections, it was still around $500 million below the same period in 2019.

“The MTA has substantial structural deficits which must be addressed as federal aid is exhausted and will require new sources of revenue and ongoing cost reductions,” Pat Foye, the MTA’s chief executive officer, said in an interview Tuesday.

Monday brought encouraging developments: The subway resumed 24-hour service for the first time in more than a year, and the state said it was lifting its mask mandate on Wednesday for vaccinated people, heralding the return of events like the New York City marathon. Wall Street banks are also bringing workers back.

Nonetheless, there’s a lot of ground to make up. The subway carried 2.27 million people on May 14, well under half of historical levels. The commuter lines — which pre-pandemic accounted for two-thirds of U.S. commuter-rail passengers — are also still struggling. Weekday ridership on the Metro North lines that connect the city to its northern suburbs, as well as on the Long Island Railroad, are both roughly 70% below pre-pandemic levels.

The solution lies in infrastructure investment, said Larry Schwartz, an MTA board member and chair of its finance committee.

“We have a lot of important initiatives to get done — extending the Second Avenue subway, East Side access, Penn Station access,” he said in an interview. “And these are all expensive projects, but they’re necessary. If we’re going to maintain a strong regional economy, we need to spend the money.”

The MTA may be forced to scale back its capital program if ridership and revenue fail to return to previous levels, Thomas DiNapoli, the state comptroller, has warned. Nearly $10 billion of the capital plan relies on debt sold by the MTA and money the agency directs to the program.

“It’s been exposed as more risky than a lot of people, including myself, saw going into this,” said Richard Schwam, a municipal credit analyst at AllianceBernstein LP, which manages $51 billion of state and local debt, including MTA bonds. “They have liquidity to get them through the next few years, but it’s a question mark after that as to are they going to have that ridership money that they had relied on in the past? And if they’re not, it’s going to be a battle to get additional tax funding.”

Still, investors are hardly shunning its debt. MTA bonds have rallied amid New York’s reopening and the flow of government aid. Securities maturing in 2045 last traded at an average yield of 2.6%, or roughly 0.9 percentage point more than top-rated municipal obligations, data compiled by Bloomberg show. That gap has shrunk from more than two percentage points in October.

More than ever, the MTA needs riders like Calvin Brewster, a building manager who rides Metro North’s Hudson Line into Manhattan. He avoided the commuter line and drove into the city at the start of the pandemic, but in June he switched back to public transportation five days a week to avoid traffic and parking.

“I think I’ll rely on Metro North,” Brewster said on a ride home to the suburb of Ossining one afternoon in April. “It’s a normal routine. It’s more of a burden to drive.”

A challenge is bolstering confidence in the subway as assaults and harassment have increased. More than a third of people who no longer take the subway say it’s because of crime, according to an MTA customer survey.

The MTA had 119 reported assaults from January through March, up from 91 during the same period in 2019, according to board documents. Attacks have escalated in the past few weeks, including five incidents on May 14 where customers were slashed and robbed, Foye said that day during a press briefing.

The city said it would add another 250 police officers to patrol the subways after the New York Police Department earlier this year increased the number allotted to the transit system. Foye has requested more than double that amount.

“We’ve taken the unprecedented step of hiring security contractors,” Sarah Feinberg, interim president of NYC Transit, which manages MTA’s buses and subways, said Tuesday at a press briefing. “We’re installing cameras as fast as they come in. We’re installing 10 and 12 sets of cameras every day.”

Transit advocates and the MTA say modernizing the system, expanding it and boosting accessibility will increase ridership.

The capital plan would begin rehabilitating Penn Station, the nation’s busiest rail terminal, by bringing Metro North service into the depot and expanding corridors and entryways. It would also extend the Second Avenue subway to Harlem, upgrade signals on six subway lines to increase service and avoid delays, and replace 157 elevators and escalators throughout the system to make it more accessible.

“If you don’t fix the infrastructure, no one will ride it,” MTA board member Schwartz said. “So it’s a chicken-and-egg game.”