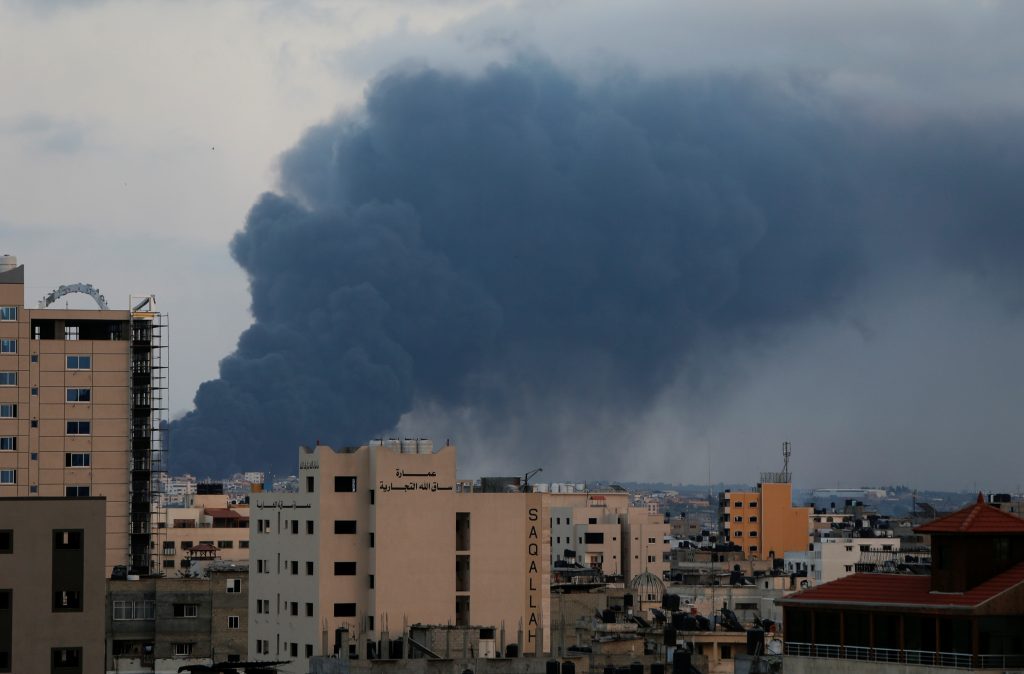 Since Thursday morning, the IDF has struck approximately 30 rocket launching posts in the Gaza Strip, located above and below ground, several of which were armed and aimed at Israeli communities. In addition, the IDF struck a number of terror operatives while they were launching rockets into Israeli territory, the military said on Thursday night.

The IDF says 299 rockets have been fired at Israel from the Gaza Strip since 7 a.m.

The military says 42 of the rockets fell in Gaza. The Iron Dome anti-missile defense system successfully intercepted 90 percent of the projectiles, it says.