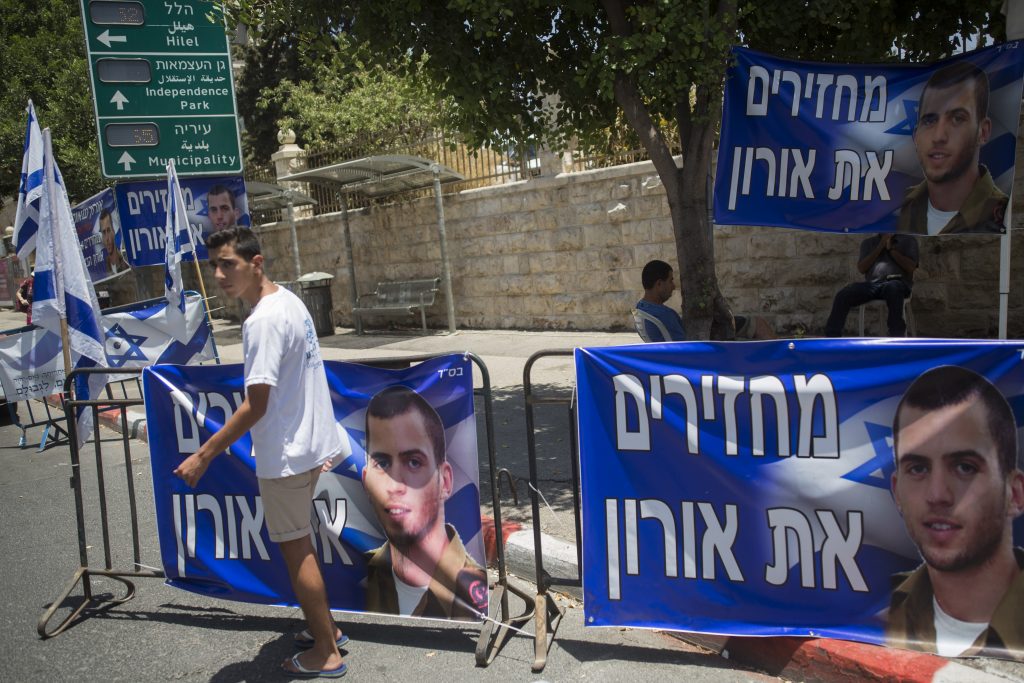 The workers’ union at the Israel Electric Corporation (IEC) announced on Thursday that it will not fix electric lines to the Gaza Strip that were damaged during the latest round of fighting until the Israelis being held by terrorist groups there are released, according to Channel 12.

“As a sign of solidarity and support for the struggle for the return of the boys, we do not intend to repair and return the power lines to Gaza that were damaged as a result of Hamas firing, until Hadar Goldin, Oron Shaul and Avera Mengistu are returned to Israel,” said the union.

“At the moment it is a declaratory step, because it is not possible to go there due to the fighting. But once there is calm, and if the management issues instructions to go and repair the lines, we as a workers’ union will ask not to connect them until the boys return,” union leader Miko Tzarfati told Globes.

Hamas has been holding the remains of Israeli soldiers Shaul and Goldin, Hy”d, captive since Operation Protective Edge in 2014.

In response to the union’s announcement, IEC management said that “the company is a government company that is subject to the provisions of the law, and believes that electricity is an essential product, to be left outside of the conflict.”