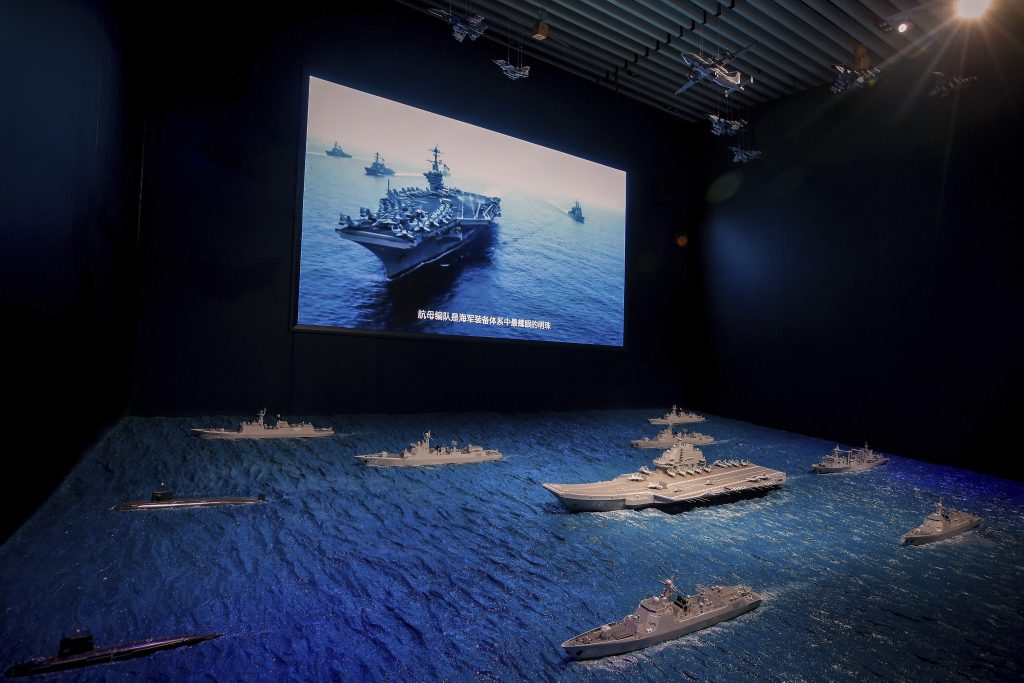 China on Thursday issued its second protest in as many days over U.S. naval activity in the region, accusing a U.S. ship of intruding into its territorial waters surrounding the Paracel island group in the South China Sea.

A statement from the Southern Theater Command said the guided missile destroyer USS Curtis Wilbur committed the “illegal” action on Thursday, prompting Chinese forces to mobilize and demand it leave the area.

The U.S. action “artificially increases regional security risks, and is prone to misunderstandings, misjudgments and accidents at sea,” the statement said.

It called the ship’s maneuvers “unprofessional and irresponsible,” saying Chinese forces were determined to defend the country’s sovereign claims while maintaining peace and stability in the South China Sea.

The U.S. refuses to recognize China’s claim to virtually the entire South China Sea and regularly conducts what it calls freedom of navigation operations to assert its right to sail in international waters.

China on Wednesday issued a complaint over the Wilbur’s passage through the Taiwan Strait, also calling it a provocation that undermined peace and stability in the region.

While the strait is in international waters, China claims self-governing Taiwan as its own territory and regards the U.S. Navy’s presence near the island as providing support for its independence-leaning, democratically elected government.

Along with building the world’s largest navy and coast guard by numbers of vessels, China has fortified its island holdings in the strategically vital South China Sea and created new island outposts by piling sand cement on coral reefs and topping them with airstrips and other infrastructure.

It has ignored rival territorial claims by its smaller Southeast Asian neighbors, as well as an international arbitral ruling that declared most of China’s claims in the South China Sea invalid.

An emboldened China faced with the scaling up of U.S. military operations in the area has increasingly raised concerns about a possible clash or confrontation, whether intended or not.