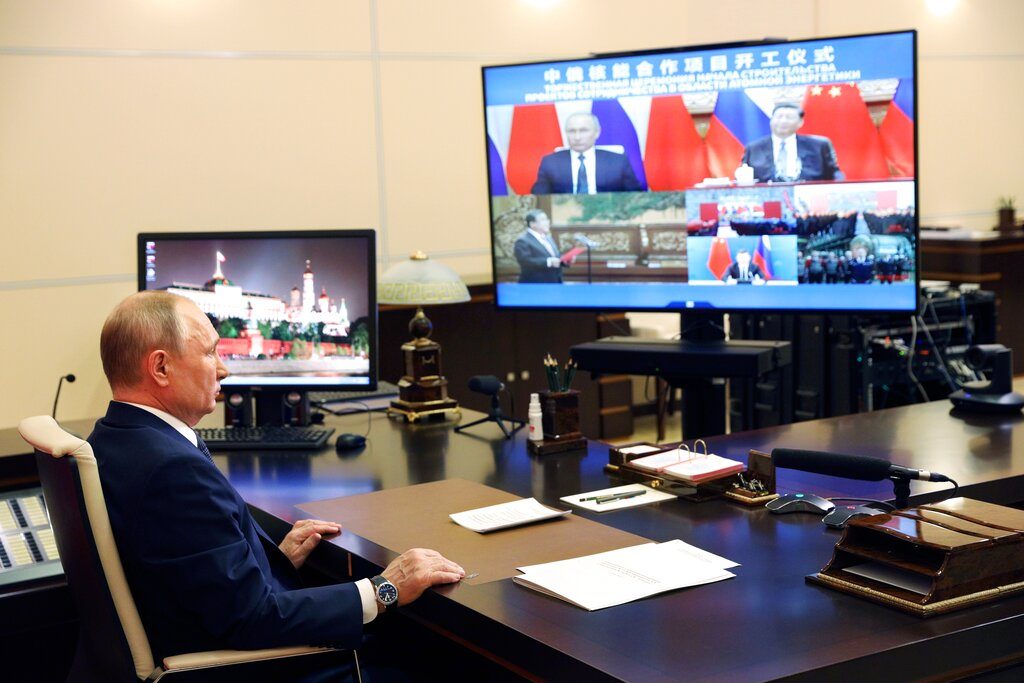 Chinese leader Xi Jinping and his Russian counterpart Vladimir Putin joined Wednesday in a videoconference to initiate a series of nuclear energy projects, an event intended to display warming ties between two nations that have paired up as the chief geopolitical rivals to the United States.

Chinese state broadcaster CCTV showed Xi and Putin greeting each other via video link and announcing the start of construction of Russia-designed reactors at China’s Tianwan and Xudapu nuclear power plants.

“Russian and Chinese professionals are setting in motion a truly signature, flagship joint project,” Putin said during the ceremony, describing the technology as “powerful state-of-the-art Russian-made nuclear reactors compliant with all the safety regulations and the highest of ecological standards.”

The projects are due to be completed by 2026 and 2028, thus “making a great contribution …. to maintaining (China’s) energy security,” Putin said.

China has being seeking to reduce its overwhelming reliance on coal for electricity, but the political aspects of the event were at least as important as the economic implications.

Putin and Xi have developed increasingly close ties, based in part on their shared identities as autocratic leaders who repress all political opposition and demand total loyalty from those who have benefited economically from their rule.

At the same time, Moscow and Beijing have closely aligned their foreign policies, particularly when it comes to opposing U.S. calls for political liberalization and humanitarian interventions. Both have been highly critical of American foreign policy, particularly in the Middle East, and are the leading voices in the Shanghai Cooperation Organization that seeks to restrain U.S. influence in Central Asia.

China is also a key market for Russian oil and gas, and has in the past made major purchases of Russian warplanes and other military technology. Russia is a major customer for Chinese machinery and consumer goods, although its sanctions-hit economy has limited its purchases.