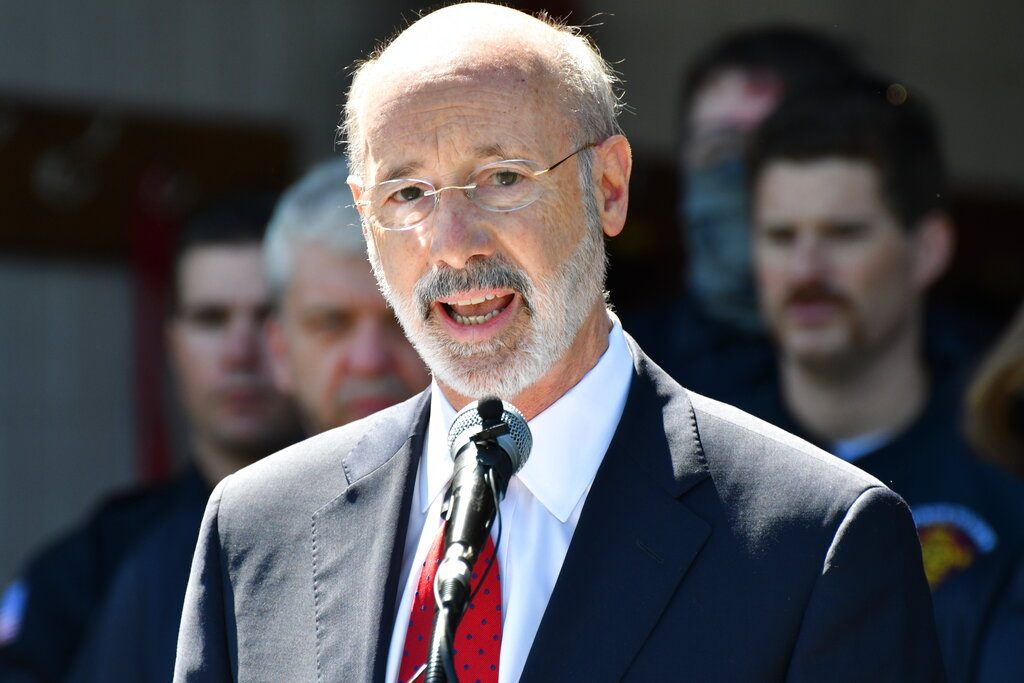 Pennsylvania voters became the first in the nation to impose restrictions on a governor’s authority under an emergency disaster declaration, approving constitutional amendments sped to a statewide referendum by Republican lawmakers angry over how Democratic Gov. Tom Wolf handled the pandemic response.

The vote on Tuesday’s statewide primary ballot came as Republican lawmakers across the country have sought to roll back the emergency powers governors wielded during the COVID-19 pandemic.

Republicans see the referendum as a victory with strong political overtones, as the state gears up for a wide-open governor’s race in 2022 and Wolf leaving office after two terms.

Republicans in the state Legislature and those aiming to replace him in 2023 have made Wolf their top political target, repeatedly attacking his stewardship during the pandemic.

The two questions led with almost 54% of the vote, with 73% of precincts reporting. More than 2 million ballots were cast, still less than a quarter of the state’s 8.7 million registered voters.

Wolf had opposed them, but has no say in what proposals lawmakers put on ballots to amend the state constitution.
History was on Republicans’ side. The last time voters rejected a ballot question was in 1993, according to information provided by the state.

The questions ask voters to end a governor’s emergency disaster declaration after 21 days and to give lawmakers the sole authority to extend it or end it at any time with a simple majority vote.

Currently, the constitution requires a two-thirds majority vote by lawmakers to end a governor’s disaster declaration. Under the law, a governor can issue an emergency declaration for up to 90 days and extend it without limit.

Wolf and his emergency disaster director have called the proposals reckless and a threat to a functioning society that could prevent a fast and wide-ranging response to increasingly complicated disasters.

Republicans have accused Wolf of fear-mongering.

Sending the questions to the ballot — including a constitutional amendment to override a law — was the only way for Republican lawmakers to reel in Wolf’s authority, or that of future governors.

Wolf had vetoed more than a half-dozen different bills designed to restrict his authority under a disaster declaration.
Courts rejected repeated attempts to end the governor’s disaster declaration or lift his orders, and Democratic lawmakers largely stuck with Wolf, leaving Republicans without a large enough majority to override his actions.