Israel Netanyahu to Diplomats: Option of Seizing Control of Gaza Is Always on the Table
Israel 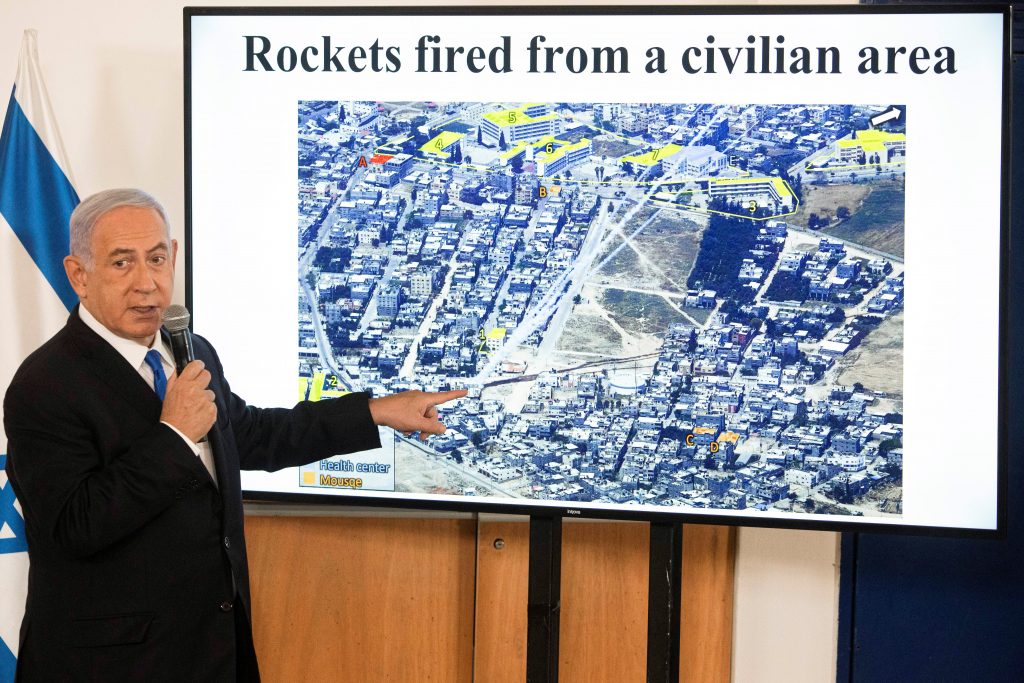 Prime Minister Binyamin Netanyahu said on Wednesday that while Israel prefers to generate deterrence vis-à-vis the terrorist groups based in the Gaza Strip, a ground incursion that could topple Hamas’s rule “is always on the table.”

Briefing foreign diplomats on the efforts to end the fighting in Gaza, Netanyahu said, “We’re not standing with a stopwatch. We are taking care of the operation’s objectives.”

Netanyahu said that the origin of the current conflict is the cancellation of the Palestinian elections.

“Hamas used the events of Jerusalem Day and the situation in Sheikh Jarrah to serve its own political interest,” he said, adding that Israel is “doing everything” to minimize civilian casualties.

Asked whether a ground incursion of the coastal enclave was being considered, the Prime Minister said that the option of seizing control of Gaza “is always on the table,” if that’s what it takes to achieve quiet.

He stressed that no time frame was planned according to which the operation would end.