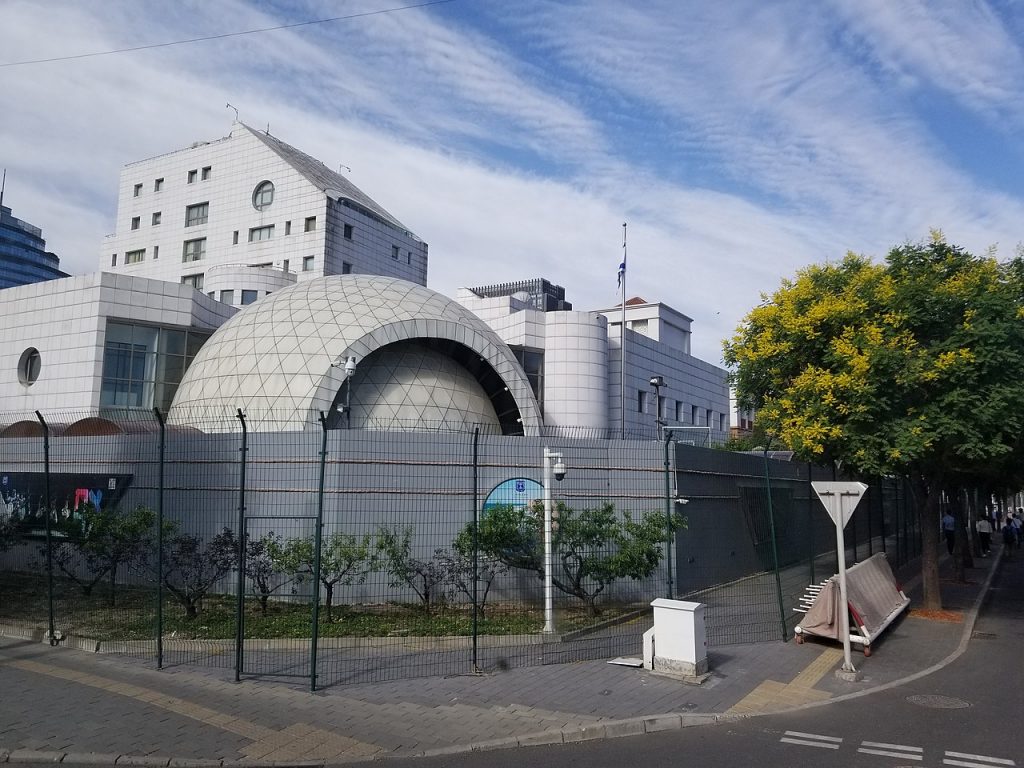 Israel’s Embassy in China is protesting what it describes as “blatant anti-Semitism” on a program run by the overseas channel of state broadcaster CCTV discussing the ongoing violence in Gaza and elsewhere.

In a tweet, the embassy said, “We have hoped that the times of the ‘Jew’s controlling the world’ conspiracy theories were over, unfortunately anti-Semitism has shown its ugly face again.”

“We are appalled to see blatant anti-Semitism expressed in an official Chinese media outlet,” the tweet said.

Spokesperson Erez Katz Volovelsky said the embassy had nothing to add to its tweet and had so far received no reply from CGTN, which CCTV operates for foreign audiences, similar to Russia’s RT.

On the Tuesday CGTN broadcast, host Zheng Junfeng questioned whether U.S. support for Israel was truly based on shared democratic values, saying “some people believe that U.S. pro-Israeli policy is traceable to the influence of wealthy Jews in the U.S. and the Jewish lobby on U.S. foreign policymakers.”

“Jews dominate finance and internet sectors,” Zheng said, speaking in English. “So do they have the powerful lobbies some say? Possible.”

Zheng then accused the U.S. — China’s top geopolitical rival — of using Israel as a “beachhead” in the Middle East and as a proxy in its campaign to defeat pan-Arabism.

China has long been a strong backer of the Palestinian cause and in recent days, the Foreign Ministry has castigated the U.S. for blocking a statement in the United Nations Security Council condemning the violence.

However, since establishing formal diplomatic relations with Israel in 1992, Beijing has nurtured close economic, technological and military ties, including the purchase of early-model Israeli drones.