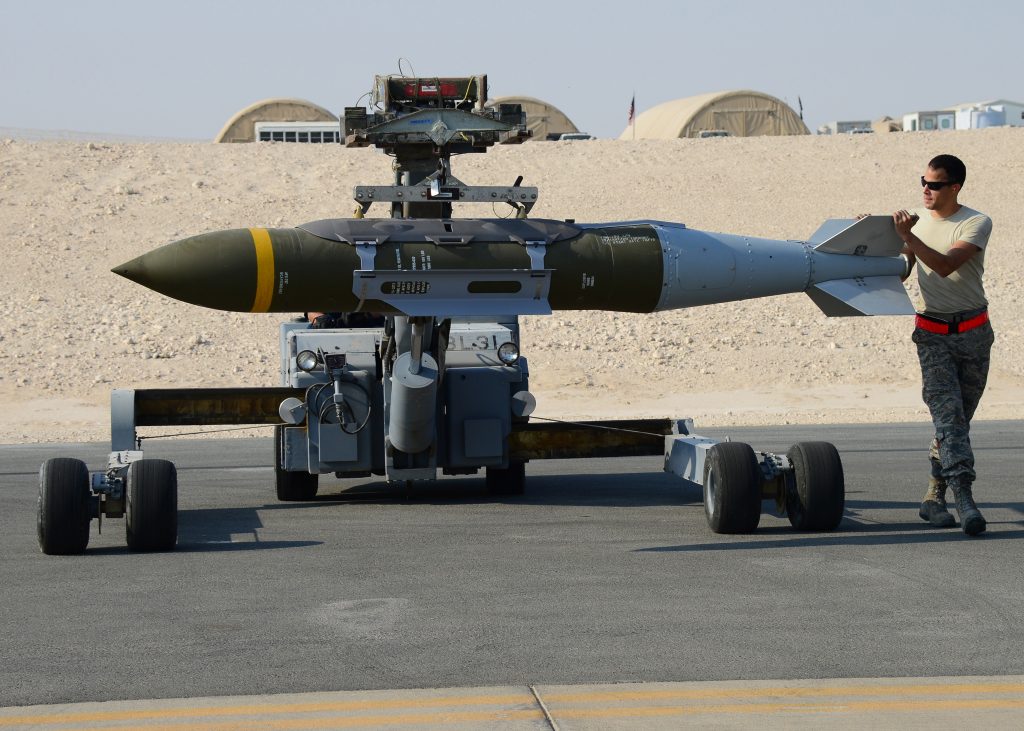 Democratic U.S. lawmakers on Wednesday introduced a resolution seeking to block a $735 million sale of precision-guided weapons to Israel, a symbolic response to conflict between Israel and Gaza’s ruling Hamas group.

Representatives Alexandria Ocasio-Cortez, Mark Pocan and Rashida Tlaib were lead sponsors of the measure, which has at least six other co-sponsors including some of the most left-leaning Democrats in the House.

They have been among lawmakers calling for a more concerted U.S. effort to stop the violence, including Israeli airstrikes that have killed dozens of civilians, most of them Palestinians in the besieged Gaza Strip.

Democratic President Joe Biden’s administration approved the potential sale of $735 million in weapons to Israel earlier this year, and sent it to Congress for formal review on May 5, giving lawmakers 15 days to object under laws governing foreign weapons sales.

“At a time when so many, including President Biden, support a ceasefire, we should not be sending ‘direct attack’ weaponry to Prime Minister Netanyahu to prolong this violence,” Ocasio-Cortez said in a statement.

The resolution is unlikely to progress further in the House, where the office of Speaker Nancy Pelosi controls which legislation comes up for a vote. The chamber’s leaders have expressed support for the sale, with No. 2 Democrat Steny Hoyer telling reporters yesterday he backed it.

The sale of Joint Direct Attack Munitions, or JDAMs, made by Boeing Co, was considered routine at the time, before the start earlier this month of the fiercest hostilities in the region in years.

Both Republicans and Democrats in Congress generally express strong support for Israel. The country has been the largest recipient of U.S. foreign assistance since World War Two, with Washington currently providing Israel some $3.8 billion a year in military aid.