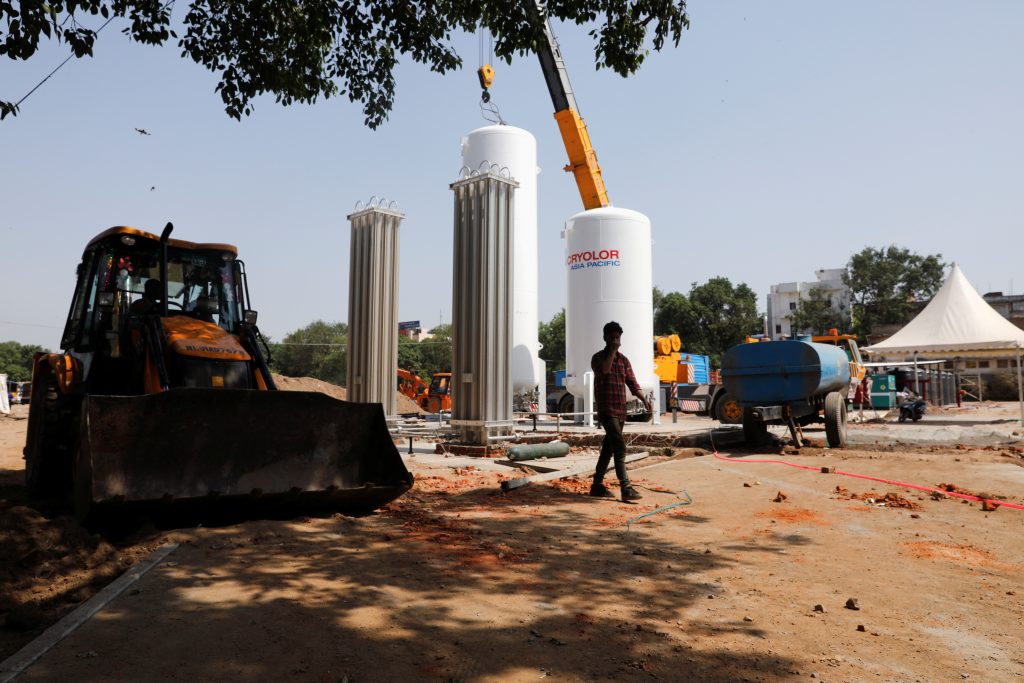 India’s total COVID-19 caseload surged past 25 million on Tuesday as a powerful cyclone complicated the health crisis in one of the states where the disease is spreading most quickly.

COVID-19 tests were administered to 200,000 people evacuated from coastal districts of the western state of Gujarat before the cyclone struck late on Monday. Efforts were being made to try to limit any spread of infections.

“Masks have been arranged for people shifted to shelter homes,” said Sandip Sagale, a top official in Ahmedabad, the main city in Gujarat. “Efforts are also made to maintain social distancing.”

India’s total tally of coronavirus cases rose past the 25 million mark with 263,533 new infections over the past 24 hours, while deaths from COVID-19 rose by a record 4,329.

Only the United States has had more cases, or a worse single-day death toll, when it lost 5,444 people on Feb. 12. But whereas the epidemic peaked months ago in the United States, there is no certainty that India’s infections have.

Though the official count shows new infections subsiding, there are fears that the new, highly infectious B.1.617 variant, first found in India, is running out of control, and that many cases, particularly in rural areas, are going unreported due to lack of testing.

India’s total caseload since the virus first struck over a year ago stands at 25.23 million, while the death toll is at 278,719, according to Health Ministry data.

Prime Minister Narendra Modi’s home state of Gujarat had suffered a 30% increase in infections since May 2, while the total number of vaccinations administered in the state last week was just 1.1 million — half the total of a month earlier.

The storm complicated efforts to tackle the coronavirus in the state as vaccinations were suspended for two days, while hospitals awaited back-up generators to keep power running and additional oxygen supplies.

But Aayush Oak, a top official in Amreli, the district hardest hit by the cyclone, said preparations had paid off.

“We had already shifted COVID patients from areas closer to the coast to hospitals in other places three days back and did not need to shift a single patient more. There is no disruption of oxygen supply to any hospital,” Oak said.

“Power supply has been restored to 29 COVID hospitals, 12 other hospitals and six oxygen units, and work to restore supply is going on at a war footing at other places,” she said in a statement.

India, the world’s largest vaccine maker, halted exports a month ago after donating or selling more than 66 million doses, and government sources told Reuters it was unlikely to resume major exports of vaccines until at least October to prioritize domestic needs.

India was one of the countries likely to benefit from U.S. President Joe Biden’s announcement on Monday that his administration would send at least 20 million more COVID-19 vaccine doses abroad by the end of June.