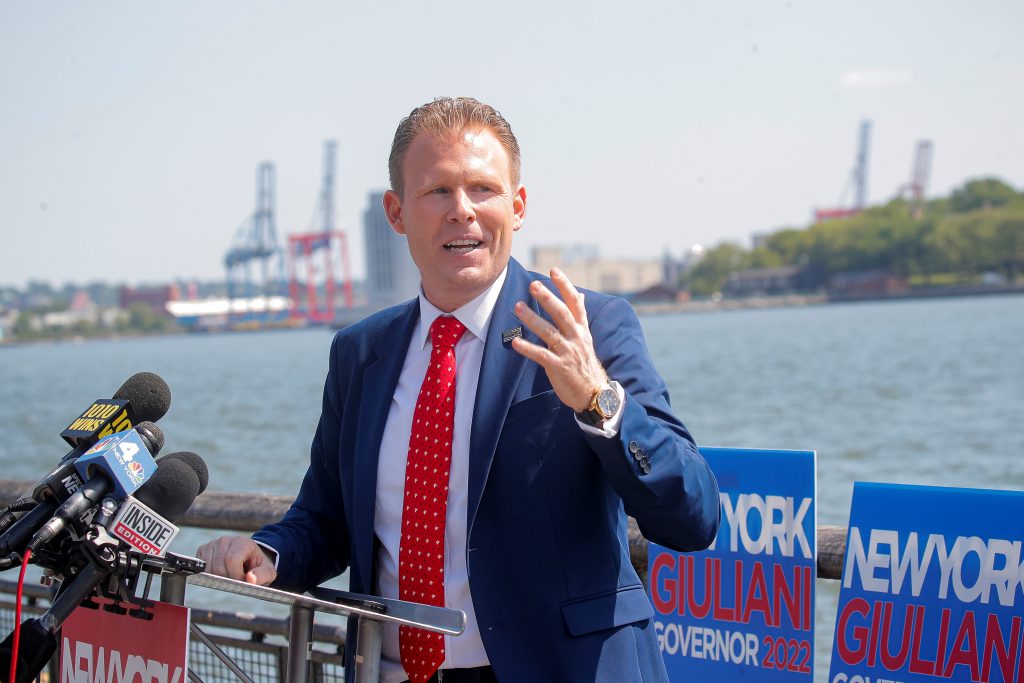 Giuliani posted a video on Twitter that assailed Cuomo for, among other things, barring gatherings and closing businesses and schools as the coronavirus pandemic hit New York last March.

“At the first sign of a problem, they chose to shut us down. They take away our freedoms. They quarantine healthy people,” Giuliani said.

Giuliani served as a White House aide under former President Donald Trump and has more recently been a commentator for the conservative network Newsmax. He has never run for public office.

Giuliani first came to public attention at his father’s 1994 mayoral inauguration when, at age 7, he mimicked his father’s gestures at the podium and repeated some of his words.

Giuliani was recruited for the golf team at Duke University but sued the university in 2008, saying he had been improperly cut from the team. Duke said the cut was based on bullying behavior, which Giuliani denied. The lawsuit was dismissed in 2010.

Giuliani was present last month when federal agents raided his father’s Manhattan home as part of an investigation into the business dealings of the elder Giuliani during his time as Trump’s personal lawyer. The younger Giuliani told reporters the raids on his father’s home and office were “disgusting” and “absolutely absurd.”

To win the Republican nomination in 2022, he will have to get past two far more seasoned politicians already in the race: U.S. Rep. Lee Zeldin, a well-funded Trump standard-bearer on Long Island, and former Westchester County Executive Rob Astorino.

Astorino was the Republican nominee in 2014, losing to Cuomo by about 14 percentage points.

Zeldin received an endorsement Tuesday from Mike Pompeo, the former secretary of state under Trump and former Congress member from Kansas. Pompeo called Zeldin “a family man who will step up and defend New York against the radical left.”

Cuomo, who is facing allegations of harassment and is being investigated over his administration’s handling of data on deaths of nursing-home residents from COVID-19, has not announced whether he will run for a fourth term.

Most of New York’s most prominent Democrats called on Cuomo to resign following the harassment allegations.