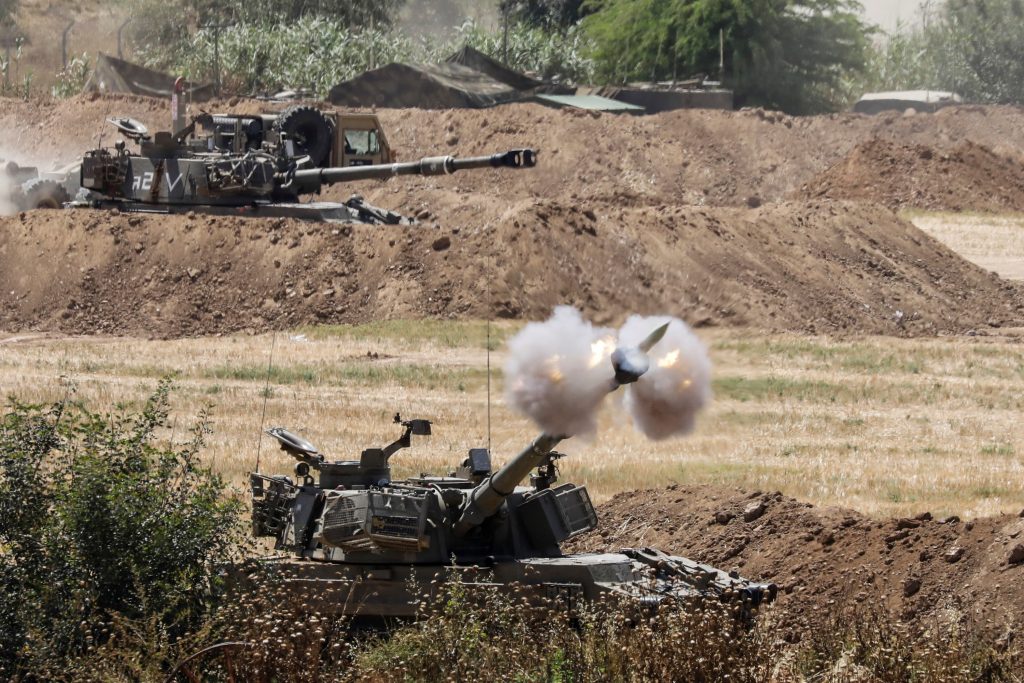 The IDF does not engage in psychological warfare, and denies that it “used” international media to misdirect Hamas in an offensive against the organization’s tunnel infrastructure that began overnight Thursday, IDF Spokesman Brig. Gen. Hidai Zilberman said in a letter to president of the Foreign Press Association, Andrew Carey.

Early Friday, shortly after midnight, the IDF put out a statement to the media: “IDF air and ground troops are currently attacking in the Gaza Strip.” 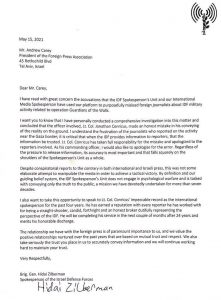 The vaguely worded statement set off frenzied speculation that Israel had launched a ground invasion of Gaza – a much-feared scenario that would mark a bloody escalation of this week’s operation against Hamas. Some reporters were even supposedly told outright the incursion had begun.

Hours later, the IDF issued a clarification that there were no troops inside Gaza. But by then, several major news outlets had erroneously reported the ground offensive was under way.

Israeli military commentators said the media had been used as part of an elaborate ruse to lure Hamas terrorists into a deadly trap that may have killed dozens of terrorists.

“They didn’t lie,” said Or Heller, a veteran military correspondent on Channel 13. “It was a manipulation. It was smart and it was successful.”

According to Heller, Israel began scrambling forces along the border in what appeared to be final preparations for an invasion. Then came the announcement to the media, issued simultaneously in Hebrew and Arabic on Twitter. There followed alerts in major outlets, including the New York Times and the Washington Post, that the invasion was under way.

The Israeli moves sent Hamas terrorists rushing into defensive positions in an underground network of tunnels known as “the Metro,” according to Heller and other Israeli reports.

Hamas has not commented on the incident, and it was impossible to confirm the Israeli reports.

In his letter to Carey, Zilberman said he had read “with great concern the accusations that the IDF Spokesperson’s Unit and our international Media Spokesperson have used our platform to purposefully mislead foreign journalists about IDF military activity related to Operation Guardian of the Walls.”

Zilberman told Carey that he had personally conducted an investigation into the matter and concluded that Lt. Col. Jonathan Conricus, who issued the initial message, “made an honest mistake in his conveying of the reality on the ground.”

Zilberman expressed sympathy for the frustration of journalists who reported the activity at the Gaza border, and said that Conricus had taken responsibility for his mistake and apologized to the reporters involved.

“Despite conspiratorial reports to the contrary in both international and Israeli press, this was not some elaborate attempt to manipulate the media in order to achieve a tactical victory… the IDF Spokesperson’s Unit does not engage in psychological warfare and is tasked with conveying only the truth to the public,” he said.

The Associated Press, based on its analysis of the army’s statement, phone calls to military officials and on the ground reporting in Gaza, concluded there was no ground incursion and did not report there was one.

But others said the military had misled them or even lied when asked to clarify the initial statement and its ambiguous use of the word “in.” Some felt the foreign media had been turned into an accessory of sorts.

Felicia Schwartz, correspondent for The Wall Street Journal, said she alerted news of a ground offensive after receiving explicit confirmation from Conricus.

In a statement posted on Twitter, she said Conricus “told me directly, ‘There are ground troops in Gaza.’ That was the basis for a first story saying so. He retracted that statement two hours later and I changed the story to reflect that, and that is noted in the text and will be corrected.”

“These things can sometimes happen in the midst of a complex operation with many moving parts and with an unclear picture of what was happening,” he said. “As soon as I understood that I had the wrong information, I updated the relevant people with a clarification.”