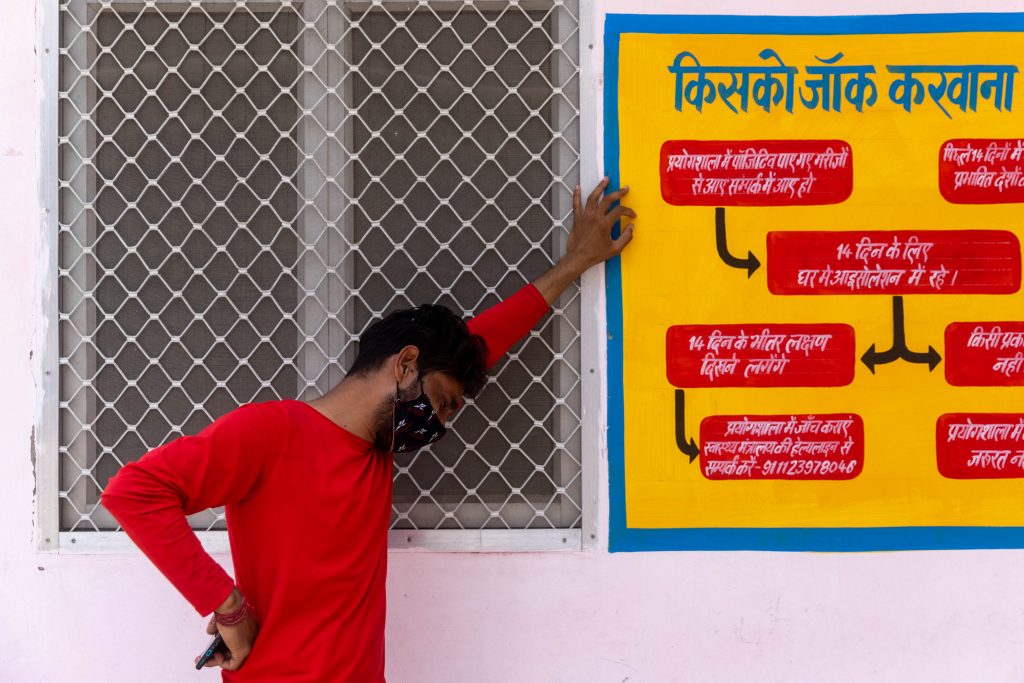 India reported a smaller rise in daily COVID-19 cases for the third straight day on Sunday, but the number of deaths in 24 hours was higher than 4,000, taking the country’s death toll to 270,000.

Deaths grew by 4,077, while infections rose by 311,170 – the smallest rise in daily cases in over three weeks, health ministry data showed on Sunday. Total infections have risen by over 2 million this week and deaths by nearly 28,000.

India‘s massive second wave of infections began in February, putting hospitals and medical workers under pressure. Cases have fallen steadily in states hit by an initial surge of infections, such as the richest state of Maharashtra and the northern state of Delhi, after they imposed stringent lockdowns.

Federal health officials said on Saturday that the overall rate of positive cases per tests had dipped to 19.8% this week from 21.9% last week, sparking hopes that daily infections have begun to stabilize.

But surges have been seen in states such as Tamil Nadu in the south and rural areas. Prime Minister Narendra Modi on Saturday called on officials to strengthen health care resources in rural areas and step up surveillance as the virus spreads rapidly in those areas after ravaging the cities.

Bodies of COVID-19 victims have been found dumped in some Indian rivers, a state government letter seen by Reuters said, in the first official acknowledgement of the alarming practice.

The world’s largest vaccine-producing nation has fully vaccinated just over 40.4 million, or only 2.9%, of its 1.35 billion population as of Sunday, according to data from the government’s Co-WIN portal.

The South Asian nation’s tally of infections stands at 24.68 million.