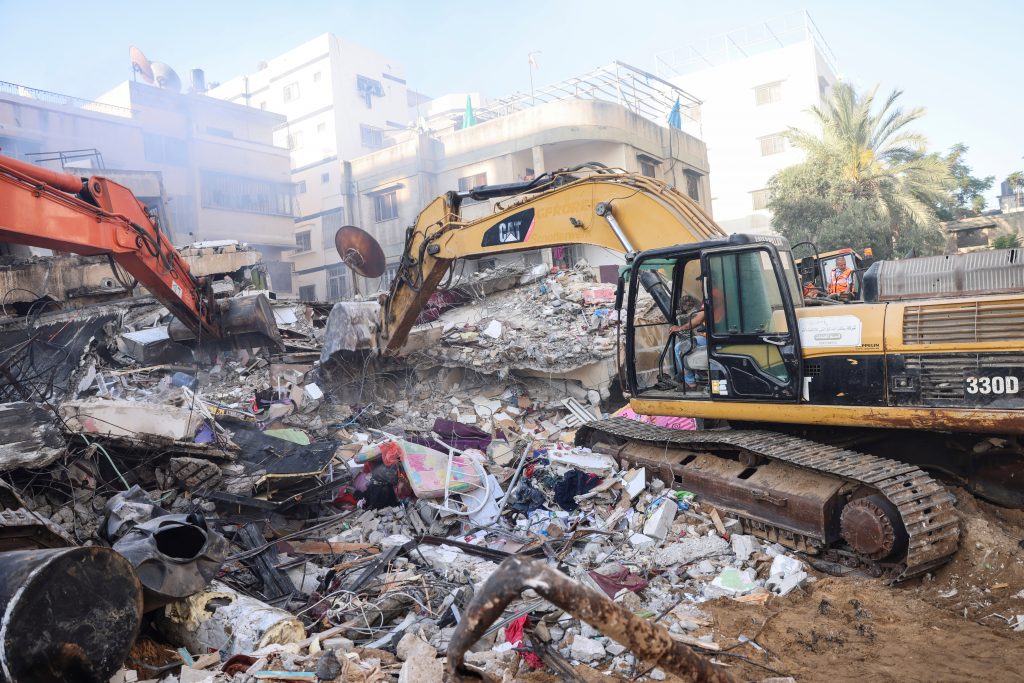 After midnight Hamas made good on its promise and shortly after midnight launched a massive barrage of rockets targeting the center of the country with rockets launched at the greater Tel Aviv area, the airport and in the late hours, rockets were directed at the southern city of Be’er Sheva.

Israel launched at least 150 strikes on Gaza overnight targeting underground tunnels and the home of Hamas leader Yahya Sinwar in Khan Younis, his brother and those of other senior members of the organization.

In a briefing to reporters on Sunday, IDF Spokesperson Brig. Gen. Hidai Zilberman said the IDF began the second stage of its planned strike on the Hamas underground tunnel system and that further stages will follow.

” Hamas invested dozens of millions of dollars in their “metro” tunnel system,” he said.

Zilberman said that 45 medium- and long-range rocket launchers were hit. “We expect the fighting to continue,” he said claiming the Israeli strikes are affecting every corner of the Strip.

“Hamas has more rockets but is beginning to calculate how many to launch,” he said. “I would like to see how people would react if just one rocket hit Washington D.C.,” he said in response to the criticism of Israel’s attack on a building housing foreign media organization the day earlier.

“We try to avoid civilian casualties and often issue warnings for civilians to get out of buildings before we strike but sometimes, we must launch surprise attacks in order to hit our targets,” the IDF spokesperson said.