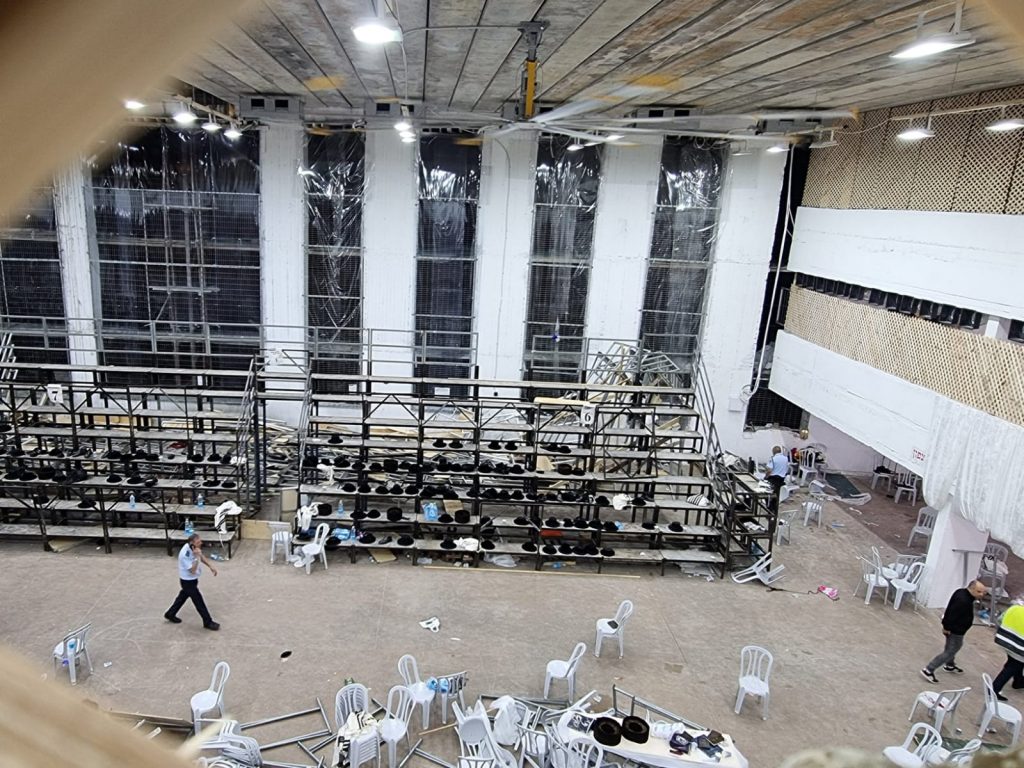 Magen Dovid Adom reported the collapse of bleachers in the Stoliner Beis Medrash at 93 HaEtrog Street in Givat Zeev which is under construction, while hundreds of people were present.

Initial reports say that 2 people died, 6 people are in serious condition, and approximately 50 have light injuries.

200 hundred medics responded to the scene. All the injured have been evacuated.

An MDA spokeswoman said that MDA medics and paramedics had transferred 54 people to the hospitals, including 5 seriously injured, 4 moderately injured and 45 with light injuries.

20 of the wounded were evacuated to Shaare Zedek Hospital. 2 were seriously injured, 1 moderately injured and 17 lightly injured.

This is an ongoing story, and it will be updated if we receive any more information.