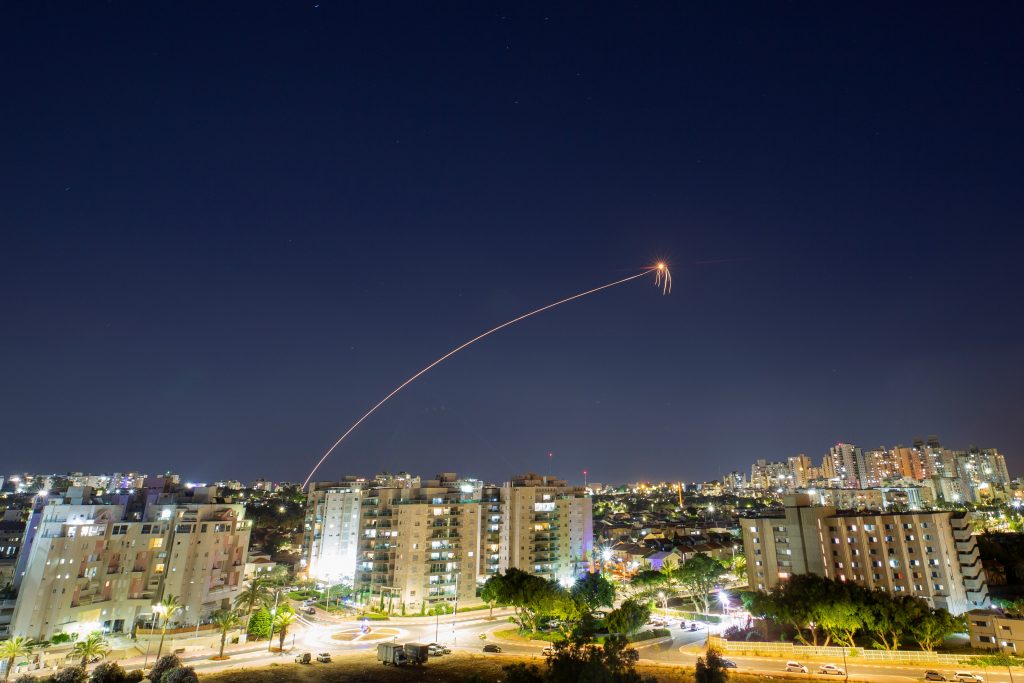 The IDF at the weekend bombed the Gaza home of senior Hamas official Khalil al-Hayya, the deputy to local leader Yahya Sinwar.

Following the strike, the Gaza-based terror group began an hours-long rocket attack on the entire south of Israel, including the communities around the border, Ashkelon and Ashdod.

Al- Hayya’s home had already been targeted once before, during the 2014 Gaza war, and his son was killed in that attack.

Residents of the south were told to remain in their shelters as the rockets continued with no reprieve.

A residential home in the Eshkol Regional Council sustained a direct hit. The damage to the home was severe but no injuries were reported, b’chasdei Shamayim. The Islamic Jihad claimed responsibility for the rocket fire.

The Israeli Air Force also conducted strikes on the homes of two senior Hamas military commanders in charge of the Gaza cities of Khan Yunis and Deir al-Balah, claiming they served as part of the Hamas infrastructure and that their removal would adversely impact the ability of the terror group to carry out military strikes.

The IDF attacks came shortly after rockets were fired at the center of the country, including Tel Aviv and neighboring Ramat Gan where one man was killed.

Earlier, an Israeli airstrike destroyed a high-rise building in Gaza City that housed offices of The Associated Press and other media outlets. The IDF said the building housed Hamas intelligence, which was using the foreign media outlets operating out of it as cover.

The strike came nearly an hour after the IDF ordered people to evacuate the building, which also housed Al Jazeera, other offices and residential apartments, bringing the entire 12-story building down, which collapsed with a gigantic cloud of dust.

U.S. Deputy Assistant Secretary of State for Israel and Palestinian Affairs Hady Amr arrived in Israel on Friday and was beginning efforts to bring a return to calm.