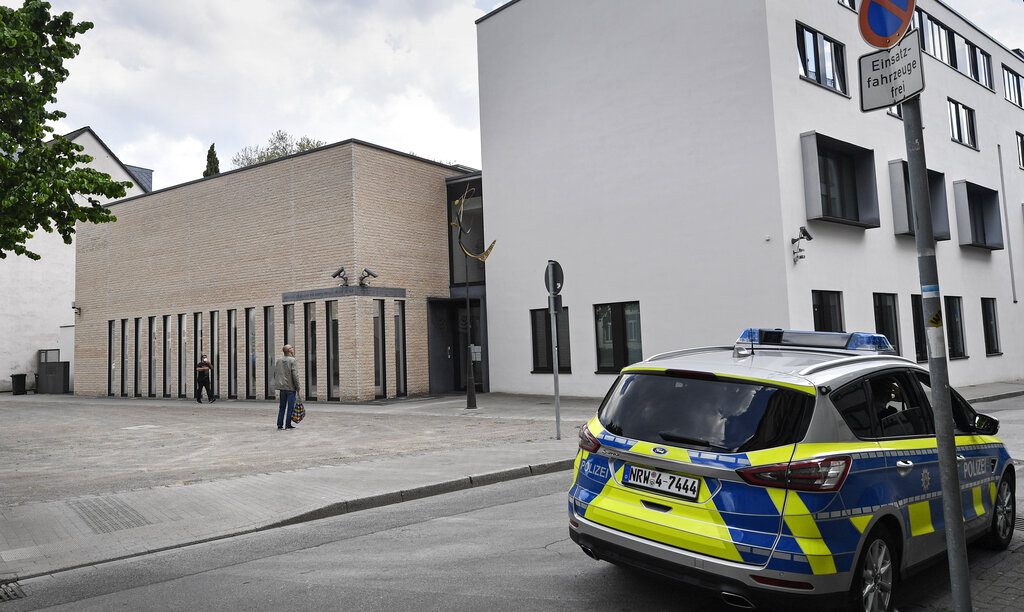 Germany’s leading Jewish group on Thursday sharply condemned protests in front of a synagogue in the western city of Gelsenkirchen as “pure anti-Semitism.”

Several other German cities including Berlin, Hamburg and Hannover have seen anti-Israeli protests over the past few days. At least two synagogues were attacked, and several Israeli flags were torn down and burned since the latest eruption of violence in Israel and the Gaza Strip.

The Central Council of Jews in Germany tweeted a video of dozens of protesters in Gelsenkirchen waving Palestinian and Turkish flags and yelling expletives about Jews.

The protests in Gelsenkirchen on Wednesday were dispersed by police, German news agency dpa reported, but authorities reported further incidents in other parts of the country.

Some cities which had hoisted Israeli flags in front of their city halls on Wednesday in remembrance of the start of German-Israeli diplomatic relations on May 12, 1965, reported that the flags were torn down and sometimes burned.

An Israeli flag in front of a city hall in the western town of Solingen was torn and burnt and two Israeli flags in Berlin were also torn down late Wednesday night.

In Berlin, some 100 people also assembled for a pro-Israel rally on Wednesday night in front of the city’s landmark Brandenburg Gate waving Israeli flags and holding a banner saying “We stand with Israel — Now and Forever.”

Several cities and states in Germany have since upped their security and raised police presence in front of Jewish institutions, dpa reported.

The German government has sharply condemned the attacks and vowed that “the perpetrators must be found and held responsible and Jewish institutions must be protected thoroughly.”