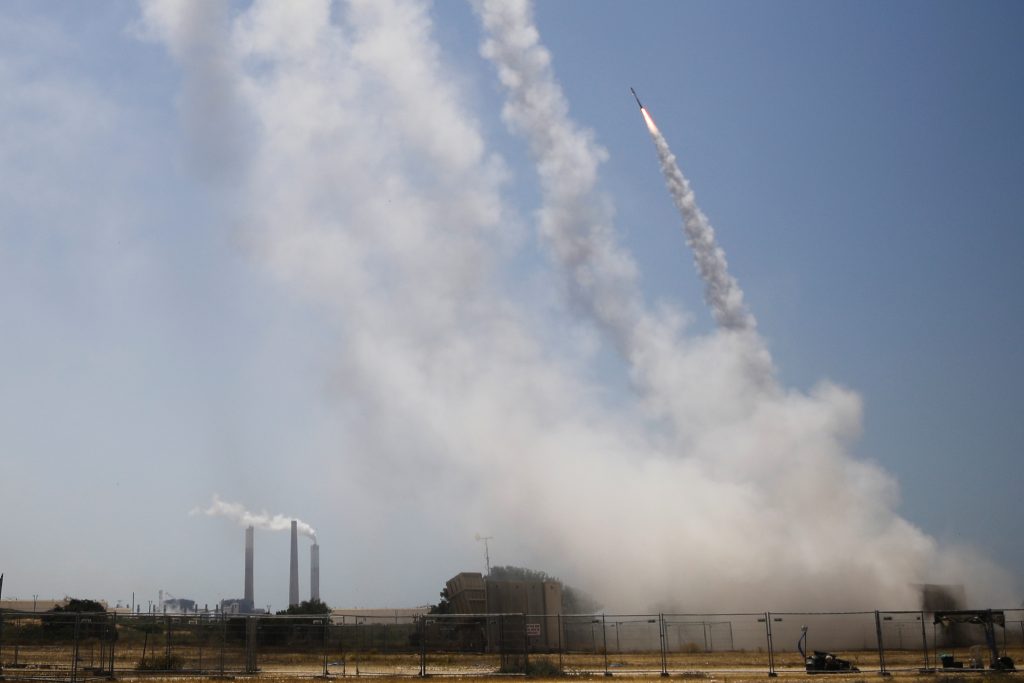 The Iron Dome missile interception system has been exceptionally effective against rockets targeting Israeli cities, IDF statistics show, but cannot stop them all.

The Iron Dome has been a major factor in Israel’s success, b’chasdei Shamayim. Nearly 1,200 rockets have been fired at Israel over the past few days, about 300 of which fell inside the Gaza Strip itself, at least one of them injuring Palestinians.

Of the other 900 rockets, one-third fell in open territory, and out of the remaining 600, the Iron Dome successfully intercepted 90% of them. This is an exceptionally high percentage, and yet it has still meant that dozens of rockets have made it through to hit people and property in Ashkelon, Ashdod, Rishon LeTzion, Lod, Givatayim and other places.

An IDF source explained that the terrorist organizations are continually examining the efficiency of Iron Dome and attempting to circumvent it, mainly by the continual firing of dozens of rockets at different ranges.

This method was tried during the round of fighting 18 months ago when the Islamic Jihad launched dozens of missiles within minutes and several were able to evade the Iron Dome. One statement from Hamas said, “Their Iron Dome is full of holes and the holy rockets can reach anywhere in occupied Palestine.”

Nevertheless, the Iron Dome is still the world’s most advanced short-range missile interception system. Each battery costs about $100 million and every Tamir interception missile fired costs $50,000. The system can intercept all kinds of short-range rockets, artillery shells up to 155 millimeters in diameter, and other missiles up to a range of 70 kilometers.

The Iron Dome has a minimum range of 4.5 kilometers (3 miles), meaning it is unable to intercept very short-range rockets. The Tamir interception missile, according to foreign reports, can travel at a speed of Mach 2.2 to its target and destroy it at a height of 10,000 feet. The Tamir interception missile is very fast and can correct its flight path by maneuvering its fins, similar to those installed on air-to-air missiles, which are faster missiles designed for faster, more difficult targets to hit like combat jets.

Last year, the Iron Dome system was upgraded with the capability added to precisely intercept 120- and 160-millimeter mortar shells. The system is now being improved with options to intercept drones and unmanned aerial vehicles up to a range of 10 kilometers (6 miles).

The Iron Dome has been sold to several countries including the U.S., Canada, Romania and India.