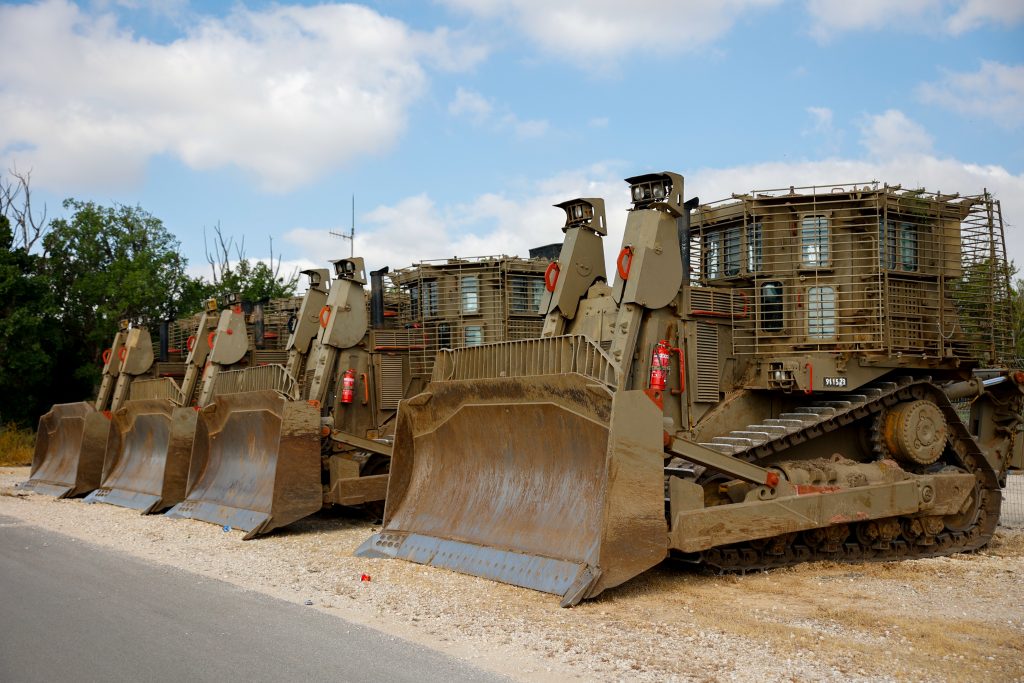 As the IDF intensifies its strikes on Hamas, plans for a possible ground invasion of the Gaza Strip will be presented to IDF Chief of Staff Lt.-Gen. Aviv Kochavi for approval later on Thursday, IDF Spokesperson Brig.-Gen. Hidai Zilberman said.

Speaking to reporters, Zilberman said that the plans were being drafted by the Gaza Division and Southern Command and will then be brought to Israel’s political echelon for approval.

On Thursday morning, the IDF struck at least three terrorist cells that were preparing to launch anti-tank guided missiles towards Israel.

“The organization is losing everything,” Zilberman told the reporters.

Israel has prepared combat troops along the Gaza border and was in “various stages of preparing ground operations,” another spokesman said, a move that would recall similar incursions during Gaza Operations in 2014 and 2008-2009.

“The Chief of Staff is inspecting those preparations and providing guidance,” Lieutenant Colonel Jonathan Conricus said.

Over 650 targets belonging to Hamas have been struck since the beginning of Operation Guardian of the Walls, such as those belonging to their police, Interior Ministry, banks, homes of commanders, including that of the battalion commander of Khan Younis, a naval commando unit and a defensive tunnel inside a school.

Three high-rise buildings were also destroyed by Israel airstrikes and some 60 Hamas operatives have been killed, including 10 senior commanders.

Palestinian media reported on Thursday that at least 83 people have been killed in the strikes, and that more than 487 have been wounded. Israel says that some were killed by rockets that misfired and fell inside the Gaza Strip.