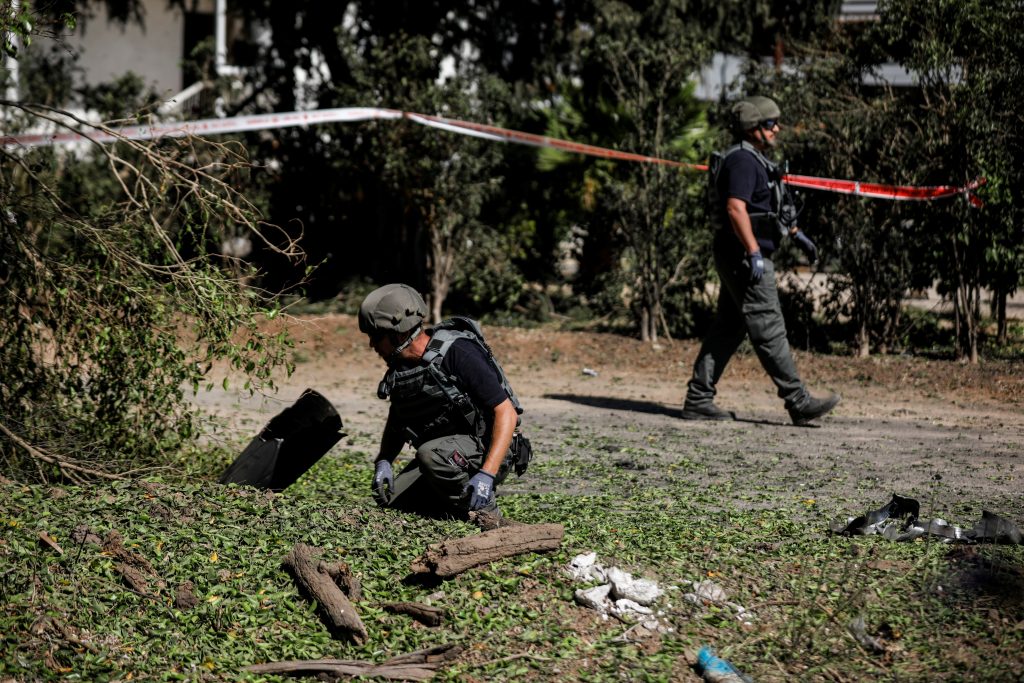 Air raid sirens blared again late Thursday afternoon in Tel Aviv area, Beersheva and toward Eilat’s airport in a heavy barrage in what Hamas said was an act of revenge for its commanders who were killed in Israeli strikes this week.

Among the dozens of rockets fired, some landed in Kiryat Gat, where a 60-year-old woman was lightly injured by shrapnel, along with a 7-year-old boy and 40-year-old woman who were hurt while running to bomb shelters, medics said.

Alarms were are also heard in the area of Beersheva and Rahat in the Negev.

The Sha’ar Hanegev Regional Council says two rockets landed there. One landed inside a community, causing no damage, and another landed in an agricultural field, causing a fire. Firefighters have been sent to the scene.

Meanwhile, Israeli Ambassador to the U.N. Gilad Erdan sent a letter to the Security Council calling for it to strongly condemn the ongoing rocket fire from Gaza and uphold Israel’s right to defend itself.

“The indiscriminate rocket fire constitutes a double war crime,” Erdan wrote. “It is clear that Hamas premeditated this escalation in violence and terrorism and is happy to pay the price of casualties on both sides in order to strengthen itself politically.”

Earlier in the week, it was reported that American diplomats have worked on Israel’s behalf to prevent the issuance of a council resolution that would have been biased against Israel.