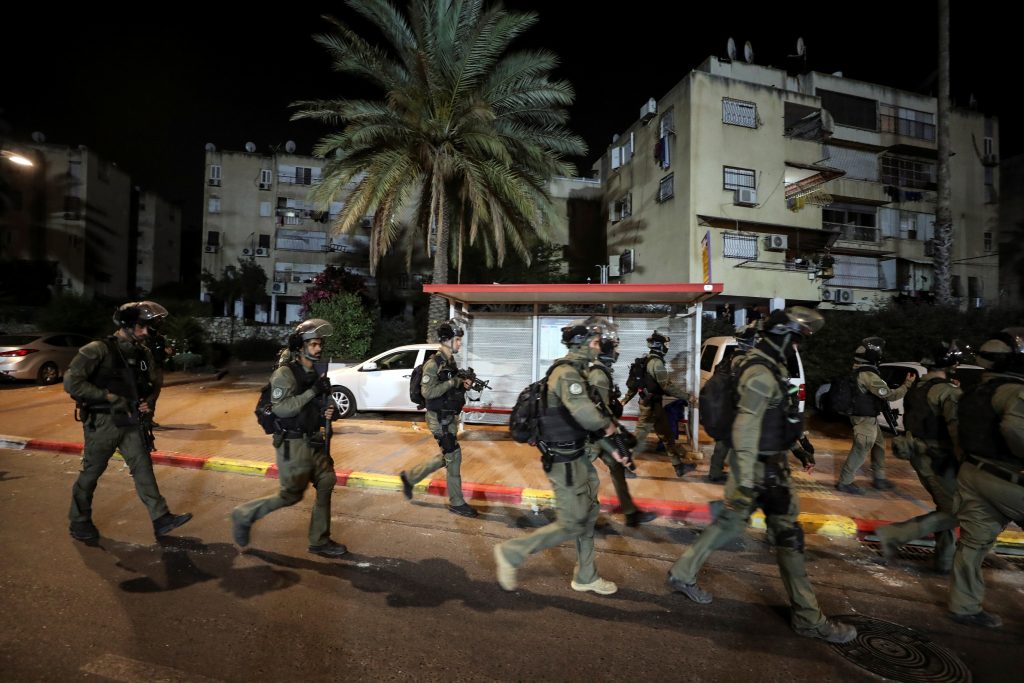 A Rishon LeTzion court Thursday ordered police to release three Jews who were arrested on Monday night for opening fire on a group of Arab rioters.

The court ruled against the police request to send the men, all residents of Lod, to house arrest, instead imposing lesser restrictions on the three, including barring them from entering Lod for several days and requiring bail.

In addition, the court moved Thursday to impose a ban on the publication of any details relating to the case which could reveal the identities of the three men – a step taken to shield them from reprisals by relatives of the Arab rioter killed during the riots in Lod earlier this week.

The three men were arrested Tuesday, after they opened fire on a mob of Arab rioters late Monday night, as the Arab rioters attacked Jewish homes in the Ramat Eshkol neighborhood of Lod.

The arrest sparked a public outcry, despite initial claims that the claims of self-defense given by the men did not fit with the evidence of the case.

On Thursday, however, police representatives in court admitted that the investigation has progressed, removing some of the doubts on the suspects’ claims.

Police also admitted that none of the Arab rioters responsible for attacks on Jewish homes, shuls or a yeshivah in Lod during the night in question have been arrested.