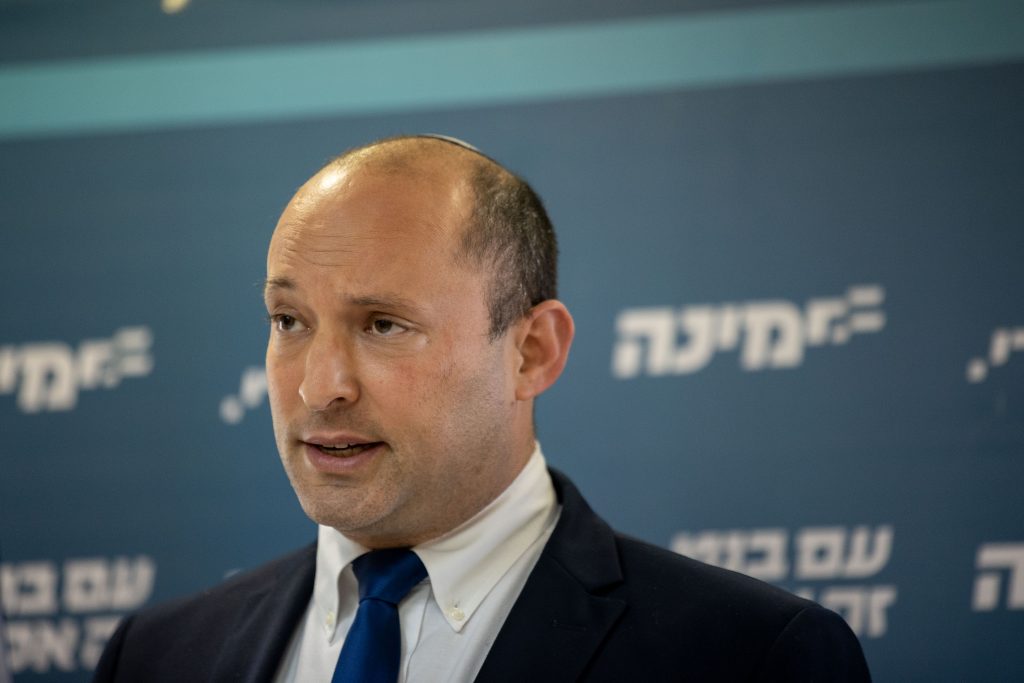 The security situation in Israel has derailed negotiations for a unity government led by Yair Lapid and Naftali Bennett.

Yamina party leader Naftali Bennett said on Thursday night that he has taken “off the table” the option of forming a government without Prime Minister Binyamin Netanyahu’s Likud, according to media reports.

This represents an abrupt reversal. Prior to the outbreak of violence, Bennett was said to be in the final stages of forming a government with Yesh Atid leader Yair Lapid and a group of other parties on the right, center and left.

Bennett has renewed his negotiations with Likud due to the national emergency, and teams from both parties met today, a source said on condition of anonymity.

The potential government that had been negotiated included the Islamist Ra’am party, a local branch of the Muslim Brotherhood, which is affiliated with the Hamas terror group. Ra’am broke off the talks early in the week when the hostilities started, saying they would be suspended until calm is restored.

Bennett explains in closed conversations that a government with Ra’am would not be able to deal with the current situation. He says the security situation is the top priority and that he is working to form a “broad national unity government.”

He explained that “when there is a wave of pogroms by Arabs across the country, and when IDF forces must be involved, this is a reality-changing event.

“The change government being formed won’t be able to deal with it,” he said, according to the source.

Lapid rejected Bennett’s rationale for breaking off negotiations, and said he will not give up trying to form a government, though without Bennett he lacks the needed majority.

In the meantime, Gideon Saar’s New Hope party seemed to be sticking with Lapid, as they were quoted in media outlets as they reiterated their refusal to join a government headed by Prime Minister Netanyahu,

New Hope sources also say they will not join Bennett in backing Netanyahu’s push for direct elections for prime minister.