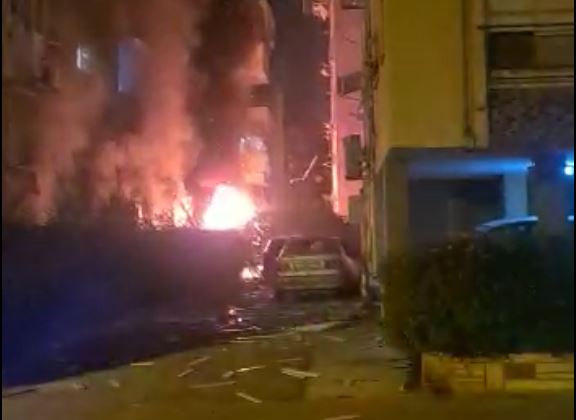 Shrapnel from a missile fired by an iron dome battery hit in a private house on Hored Street in Rishon Lezion.

Firefighters arriving at the scene determined that shrapnel from an Iron Dome intercept had hit a private home.

The crews examined the building to ascertain the damage it suffered as a result of the incident.

Also on Wednesday evening, a rocket fired from Gaza landed in Petach Tikva causing fires to break out in the area.

Numerous firefighting and rescue teams worked to extinguish the blazes which engulfed the area when a missile hit a residential building in downtown Petah Tikva. Firefighters are working to put out the blazes in a number of areas, and search for people trapped in a number of buildings adjacent to the hit. Energy sources in the area were shut off to prevent any further spread of the fire or explosions.