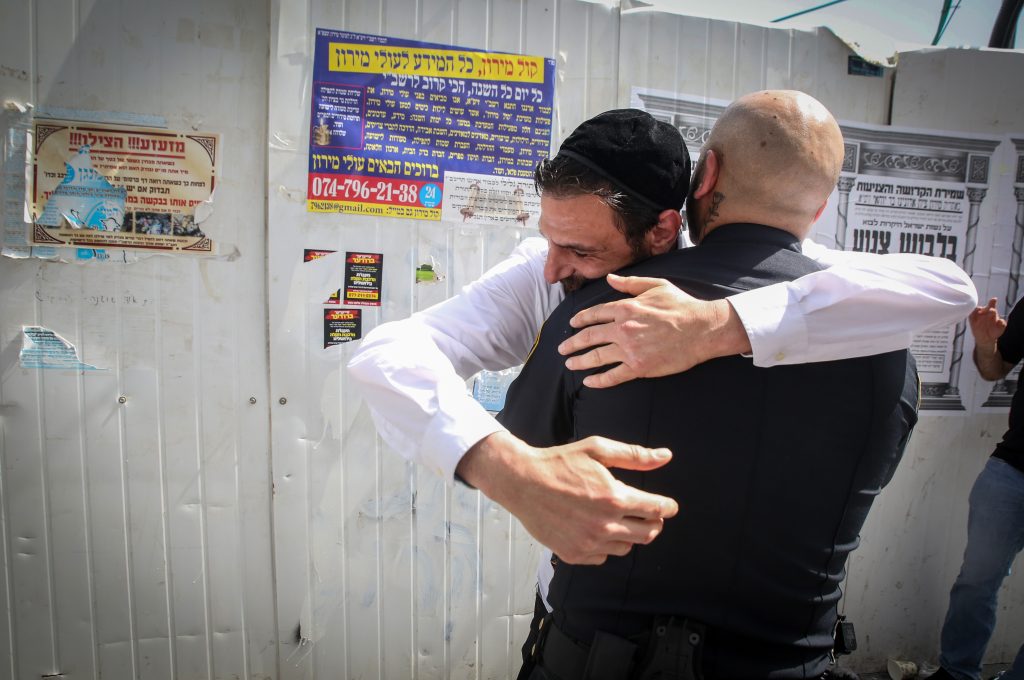 Nearly two weeks have passed since the global Jewish community was plunged into shock and deep mourning over the horrific events in Meron. And, to some degree, we are still reeling from the news. But as history as repeatedly shown, with the passage of time, the searing pain etched into the collective heart of Klal Yisrael will begin to fade and, for the most part, the community’s attention will turn elsewhere.

Yet for 43 families mourning the 45 victims of the tragedy in Meron (two sets of parents lost two of their children, R”l) their loss will be something they will be faced with on a daily basis until we will merit techiyas hameisim. For the grieving widows left without a husband to care for them, the young orphans without a father to guide them, and the loving parents left without their son — and, in some cases, sons — to light up their lives, life will never be the same again.

As detailed in the moving feature that appears on these pages, the many caring Jews who flocked to be menachem avel the families during the week of the shivah came to console but ended up being consoled. They came to give chizuk and instead received chizuk from the incredible strength exhibited by the mourners.

Harav Yitzchak Mendel Englard, father of two of the victims, quoted another of the bereaved parents who related that he and his son were both pinned under the crushing weight of the fallen crowd. Heaven decreed that the father would survive but that his son’s soul would leave his body. “Apparently,” he said, “we were both given entrance exams to Rabi Shimon’s yeshivah in Heaven. My son was accepted, but I was not.”
Among those who came to the Englard home to be menachem avel were two men wearing jeans and T-shirts. Despite his own, unfathomable anguish, Rav Englard focused on making them feel comfortable.

“I am what I am and you are what you are, but we all come together to share the pain and give one another strength. It doesn’t matter how observant you are or are not — we are all Jews,” he told them. “You know what? Please invite me to your personal simchos, and I will make sure to invite you to mine.”

Faced with a heartbreaking test, the families sanctified the name of Hashem by accepting His will without question. Tapping the wellsprings of emunah peshutah inherited from Avraham Avinu, they viewed the devastating occurrence through the prism of Torah Jews. In so doing, they were a source of inspiration for Jews throughout the world.

Now, in the days, months, and years to come, we must be there for them.

We must do all that is humanly possible so that they are not forgotten even well after the tragedy is no longer in the headlines. Whether it is financial support for the orphans and widows, or support for the various projects and initiatives to memorialize the bachurim and the children who were niftar, we must be there for them in every way possible.

Whatever we do, the one thing we must not do is forget … and go back to business as usual.