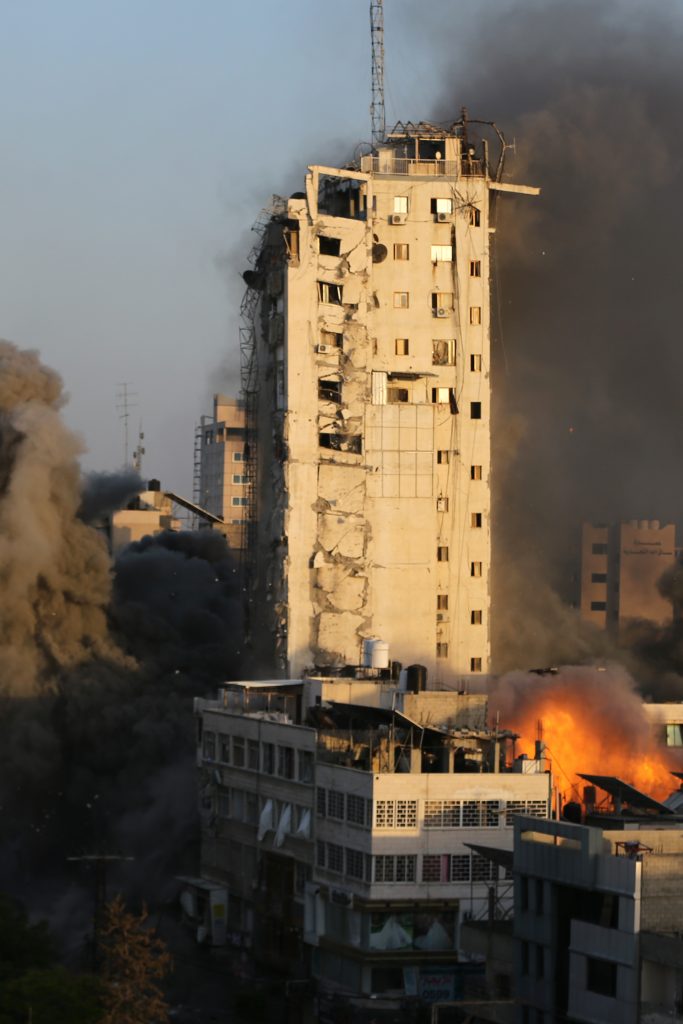 Israeli fighter jets demolished a high-rise building in Gaza City on Wednesday evening, the third such structure to be targeted during the week’s hostilities.

The al-Shourouk tower was destroyed after repeated warnings that anyone inside should leave, the IDF said. Such towers, over 10 storeys high, are said to house various commanders in Gaza terror groups.

“Hamas rockets have failed at a high rate, killing multiple children while launching from crowded neighborhoods in Gaza. Hamas continues to distort the numbers by counting these as Israeli casualties. The media must question Hamas’ reporting,” he said.

Meanwhile, Israel’s Security Cabinet was convened to consider what steps to take next.

Channel 12 reports that the military has provided the ministers with various options for upcoming strikes on Gaza, including on specific terror figures.

The report says the IDF also requested more time to achieve decisive gains against Hamas prior to a ceasefire. So far, Israel has declined to negotiate with Hamas, despite Egyptian efforts to mediate a ceasefire.