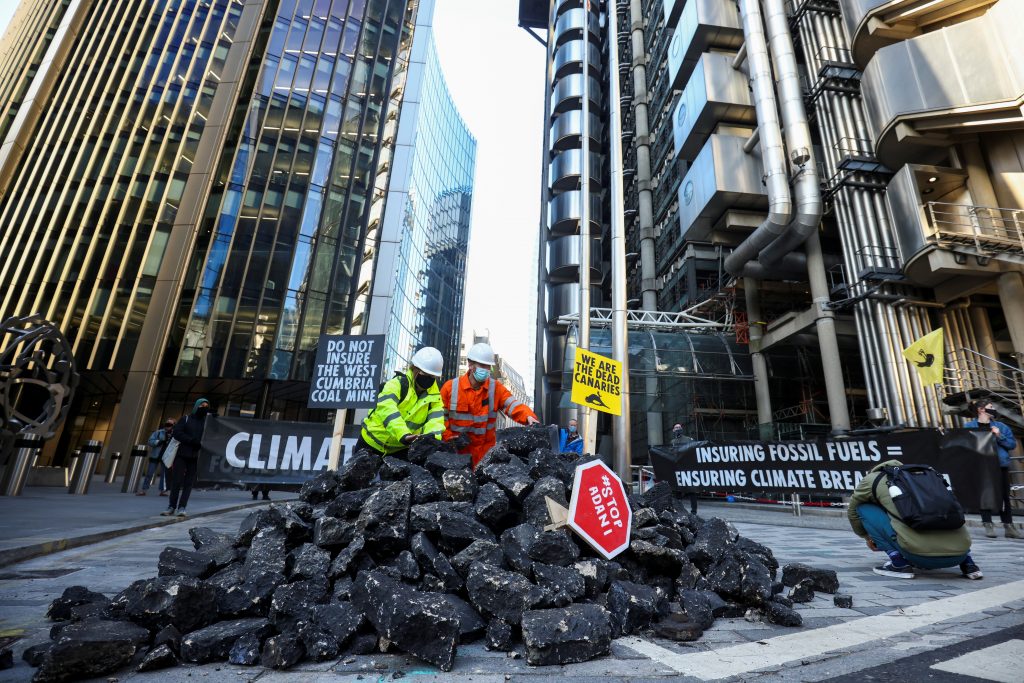 British climate activist Gail Bradbrook, cofounder of the Extinction Rebellion group, was arrested at home on Tuesday for conspiracy to cause criminal damage and fraud after her group attacked banks such as HSBC and Barclays.

Activists from the group smashed the window frontage of HSBC and Barclays in Canary Wharf last month and have targeted Lloyd’s of London as part of what the activists cast as a “Money Rebellion.”

“Extinction Rebellion cofounder Gail Bradbrook was arrested by officers from the Metropolitan Police at her home in Stroud at around 5:30 a.m. this morning for conspiracy to cause criminal damage and fraud in relation to Money Rebellion’s debt disobedience,” a spokeswoman for the group said.

Bradbrook, 49, who has a PhD in molecular biophysics, says Britain and other countries are acting far too slowly to stop devastating climate change and that the Western financial system is fueling the abuse of the planet.

Extinction Rebellion wants to prompt a wider revolt against the political, economic and social structures of the modern world to avert the worst scenarios of devastation outlined by scientists studying climate change.