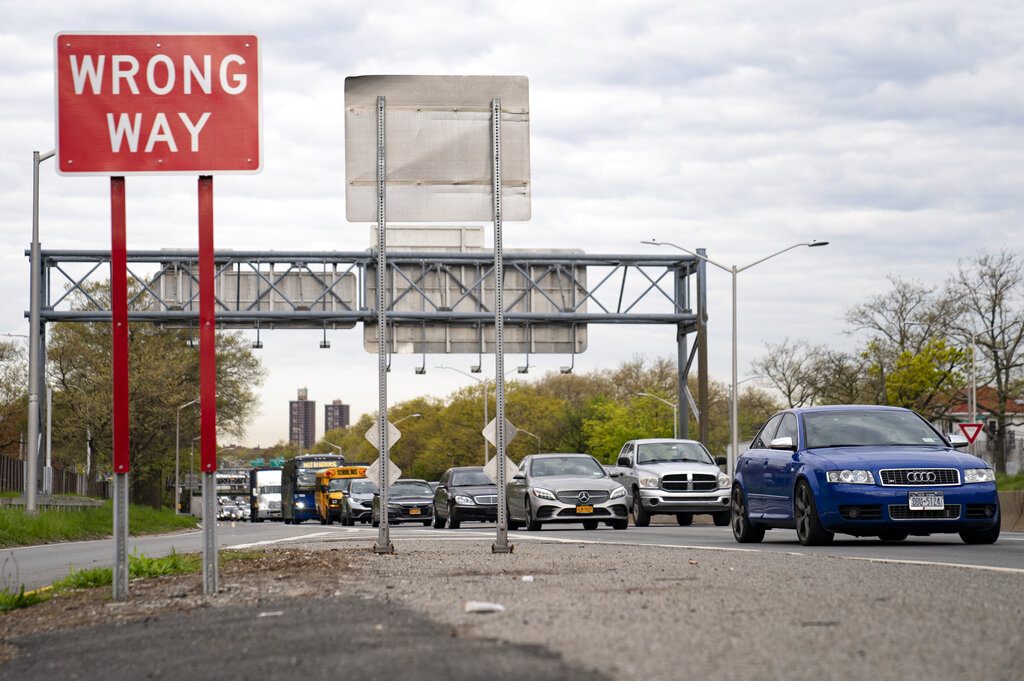 Some New Jersey lawmakers are turning their ire over New York’s plan to charge motorists an additional toll for entering midtown Manhattan into action they say will blunt some of the impact — with out-of-state drivers footing the bill.

On Monday, they announced legislation that would charge non-New Jersey motorists an additional fee when they cross from New Jersey into New York on toll bridges and tunnels. The collected money would go into a fund to reimburse New Jersey commuters who could be on the hook for as much as an additional $3,000 a year under New York’s plan.

An official with the Metropolitan Transportation Authority, which operates the city’s subways that will be the beneficiary of the additional tolls collected, called New Jersey’s plan “legally dubious.”

It’s also unclear if New Jersey could levy a fee on motorists driving into New York through toll booths operated by the Port Authority of New York and New Jersey.

Referred to as congestion pricing, New York’s plan would be the first of its kind in any American city and would add a surcharge to drivers entering the heart of the city, likely defined as the southern border of Central Park to Battery Park at the tip of lower Manhattan. Numerous details still need to be finalized.

Gottheimer said he and fellow Democratic Rep. Bill Pascrell have asked Transportation Secretary Pete Buttigieg to conduct a review of the economic impact before giving the project final approval.

New York’s Legislature approved a conceptual plan for congestion pricing two years ago and it was initially projected to be in place by this year. But the pandemic and a lack of guidance from federal regulators on the type of environmental review that was required combined to stall the project. That guidance was provided at the end of March.

New York plans to use the revenue from the tolls, estimated at $1 billion annually, to issue bonds to raise money to refurbish the Metropolitan Transportation Authority’s aging subway system.

Gottheimer noted that none of the money raised by the congestion pricing plan would go to public transit systems operating in New Jersey, which need upgrades too.

“These dollars collected through the congestion tax plan that New York’s proposing will only go to New York City, mostly to the MTA to help fix their subways, and not a cent to actually help our state in any way,” he said.

“This isn’t the time for NIMBYism and legally dubious taxation,” Lovett said. “Congestion pricing will benefit everyone who comes to New York, including those from New Jersey, by providing reduced traffic and better air quality. We are at the beginning of a transparent process that will take into consideration potential credits, discounts and exemptions for tolls paid on bridges and crossings, and that process must play out.”

While motorists entering midtown New York directly through the Lincoln and Holland tunnels are expected to be exempt or receive a discount from the congestion toll, drivers coming over the George Washington Bridge from northern New Jersey and driving south into midtown are not yet assured of the same benefit. The bridge and tunnel crossings currently are $16 for cars paying cash and $13.75 with E-ZPass during peak times.

“New Jersey is not New York’s piggy bank,” Lagana said. “If New York wants New Jersey residents to come back to work in the city, this is absolute lunacy.”

Gottheimer said New Jersey would be able to assess the fee through the state’s E-ZPass system at the Port Authority toll booths because they are on New Jersey property.

The Port Authority declined to comment on the plan.