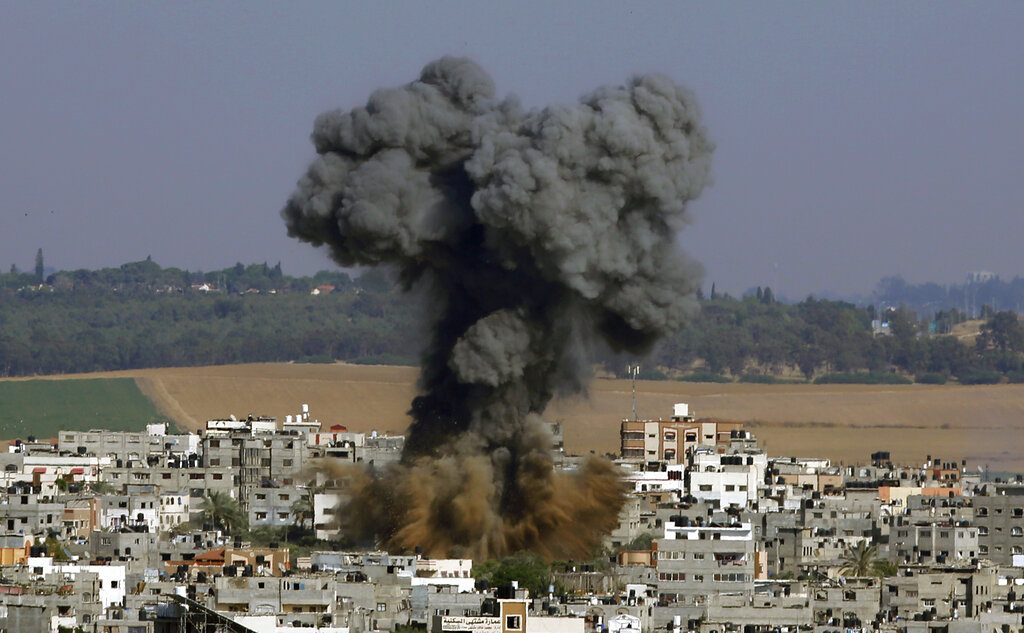 Israeli forces have demolished a 13-story residential building in Gaza City in an aerial strike on Tuesday night.

A video from the scene showed the building collapsing billowing clouds of dense smoke almost immediately after an explosion.

According to Channel 12, the IDF issued repeated warnings to civilians at the site prior to the attack, in line with its policy of avoiding civilian casualties whenever possible.

People the building received phone calls and messages, telling them to leave and there was a preliminary “roof-knocking” strike — using a small missile to strike the roof with minimal damage in order to cause all inside to leave before a major strike.

There were no reports yet of casualties.

Earlier in the day, an IDF spokesman noted that Hamas often uses civilian structures to hide military facilities. Presumably, this was such a case.